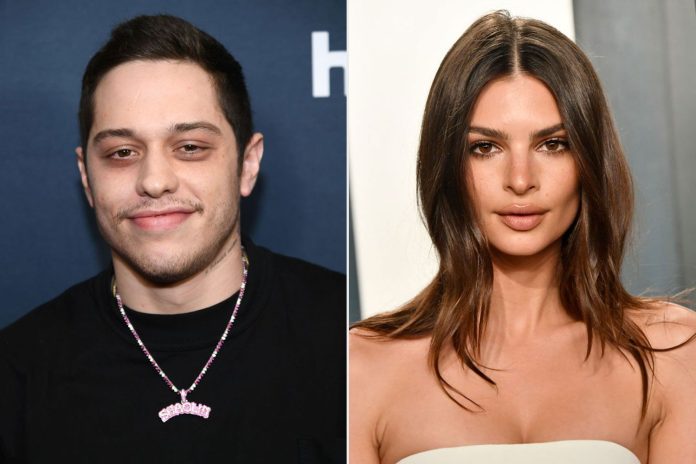 Since her break up with ex-husband Sebastian Bear-McCloud, Emily Ratajkowski has clearly been enjoying her sexy single life. The model has been linked with comedian Pete Davidson most frequently over the past few months, but she has recently been spotted with other dates. On the December 22 episode of her podcast High Low, Ratajkowski admitted she downloaded a dating app as well, though she didn’t name which one.

She continued, “I feel like this app is a little bit white… It’s very white and feels like a very particular man and very particular type of woman, so I don’t think I’m gonna meet my lady crush on here.”

Her connection with Davidson has been confirmed — the pair seemed to spend Friendsgiving together, and were seen at a New York Knicks game in late November. She also joined Davidson for his birthday party. The former Saturday Night Live cast member recently broke up with his ex-girlfriend of almost a year, Kim Kardashian. In November, a source told E! News earlier in November that Davidson and Ratajkowski were in “nonstop communication.”

“Emily is super into Pete right now,” the source said. “It’s a chill relationship so far… There’s no pressure to make it exclusive, but she really likes him. Pete is charming and winning her over for sure.”

But on Wednesday, Ratajkowski was seen kissing artist Jack Greer after a date night, according to the Daily Mail. She has been spotted with DJ Orazio Rispo, as well, out with him on a date in NYC in October. Davidson was also recently seen with another rumored romantic prospect, his Bodies, Bodies, Bodies co-star Chase Sui Wonders.