Who Is the Richest Person in the World? Top 10 Billionaires and 2022 Net Worth – from Elon Musk to Jeff Bezos 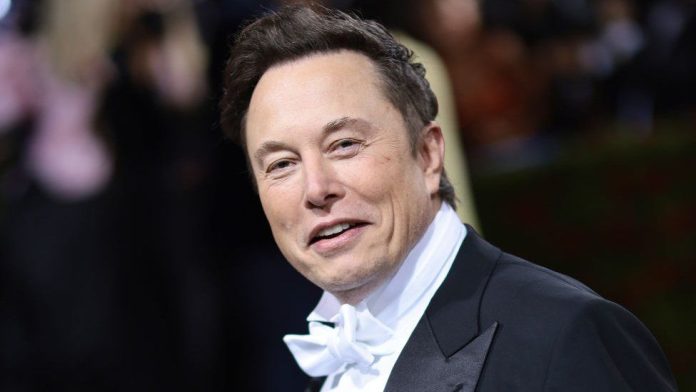 There are an estimated 2,755 billionaires in the world according to Forbes Magazine.

Known for their outstanding wealth, billionaires like Elon Musk, who bought Twitter in April 2022 and Jeff Bezos who made his own space tourism company in 2021, have bank balances many of us could only dream of.

But they aren’t the only ones, with the rate of billionaires actually going up year on year.

Who are the richest people in the world, what is their net worth and how did they make their fortune?

Musk is the richest person in the world with an estimated fortune of $219 billion according to Forbes Magazine.

His first software startup, Zip2 was bought in 1999 for $307 million. He went on to co-found Paypal, which sold to eBay in 2002 for $2.5 billion. Musk founded SpaceX in 2002 and runs electric vehicle maker Tesla, of which he is a shareholder.

Musk has been married twice and has eight children. His most recent relationship was with singer Grimes, with whom he has two children, a son named, X Æ A-12 and a daughter called Exa Dark Sideræl.

He was previously in a relationship with Amber Heard and offered her round-the-clock security after her divorce from Johnny Depp.

In 2020, Musk was involved in Depp’s high-profile libel case in London, with texts between him and the actress shared during the trial

He has not been asked to testify or take part in Depp’s latest defamation trial taking place in Fairfax, Virgina.

Jeff Bezos is the second richest person in the world, with an estimated net worth of $171 billion according to Forbes Magazine.

Bezos is originally from Albuquerque, New Mexico and famously started the company from a garage in his home. Amazon started off selling books, but by the early 2000s it had expanded offering everything you could think of, from electronics to furniture and toiletries.

Bezos owns several apartments in New York City,homes in Washington, California and Washington DC and a ranch in Texas which is the private base for his company Blue Origin which ferried tourists into space in 2021.

He was married to MacKenzie Bezos for 25-years and the pair have four children together. Their divorce was announced in 2019, with Bezos announcing his relationship with Lauren Sanchez in the same year.

His company Amazon has been called into question due to its tax avoidance, with the organisation Ethical Consumer calling for an Amazon boycott.

There have also been concerns about treatment of staff: in April 2022, warehouse employees in Staten Island, New York, successfully voted in favour of unionising. Union leader Chris Smalls said: “We want to thank Jeff Bezos for going to space because while he was up there we were signing people up.”

The Bernard Arnault Family is the third richest family in the world, with an estimated net worth of $158 billion according to Forbes Magazine.

The 73-year old French billionaire oversees 70 of the world’s most famous fashion and beauty brands including Louis Voulton, Tiffany & Co and Sephora.

Arnault came from a wealthy family, with his family owning a successful construction business. He broke into the industry in 1985 after using $15 million from his father’s business to buy Christian Dior.

Currently based in Paris, France, Arnault is married to concert pianist Helene Mercier. The couple have five children, with four of them – Frédéric, Delphine, Antoine and Alexandre, working in the family business.

Bill Gates is the fourth richest person in the world with an estimated net worth of $129 according to Forbes Magazine.

Gates made his fortune through the software company Microsoft, which he co-founded with Paul Allen in 1975.

He was married to Melinda Gates for 27-years until their divorce in 2021. The pair formed the Bill and Melinda Gates Foundation, of which they still co-chair together.

The foundation supports global health initiatives around the world, including improving global sanitation and working to eradicate diseases such as Malaria and Aids. It’s estimated that Gates has donated $35.8 billion worth of Microsoft stock to the Foundation and it is currently the largest private donor to the World Health Organisation.

Gates has been met with controversy, namely due to his relationship with convicted sex offender Jeffrey Epstein, which according to the New York Times started in 2011, after his first conviction. Speaking in an interview on the PBS Newshour Show in 2021, he said: “You know, I had dinners with him… I regret doing that.

“He had relationships with people he said would give to global health, which is an interest I have. Not nearly enough philanthropy goes in that direction.

“Those meetings were a mistake. They didn’t result in what he purported. And I cut them off. That goes back a long time ago now. There — so there’s nothing new on that.”

Warren Buffet is the fifth richest person in the world, with an estimated net worth of $118 million according to Forbes Magazine.

Buffet was the son of a US congressman and bought and sold his first stock at age 11, earning himself the nickname the, ‘Oracle of Omaha.’ He runs Berkshire Hathway which owns companies including Dairy Queen.

In 2006 he pledged to give away 99% of his fortune and so far has given away $45 million. Unlike many of the other billionaires on this list, Buffet still lives in the same house in Omaha Nebraska that he bought in 1958 for $31,50, before he made his fortune.

Who are the Top 10 richest people in the world?

According to Forbes Magazine, the top 10 richest people in the world are:

E-Librarys is an initiative launched to help the unknown authors become prominent through enabling them to publish their articles, poems, journals, stories, novelettes, blogs, and any related script with our website. We help authors reach the world with a tap of the finger with our website.
Contact us: info@e-librarys.com
<