Who Is Pete Davidson? 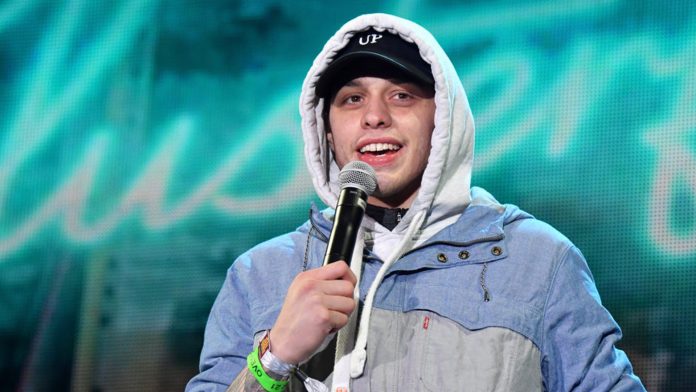 Biography: Pete Davidson was born in Staten Island, New York, to a school nurse and an NYC firefighter, who died in the September 11th terrorist attack. Davidson got his start doing stand-up comedy at age 16 in his hometown. He’d go on to be the youngest cast member on Saturday Night Live when he joined the show in September 2014 at age 20, and was the first comedian on the variety program to be born in the ‘90s.

Though he’s most well-known for his work on SNL, Davidson has also done comedy work on other major shows including Wild ‘N Out, Jimmy Kimmel Live! and MTV’s Guy Code.

He has also acted in movies including Big Time Adolescence, Trainwreck, Set It Up, What Men Want and more.

Davidson’s love life was thrust into the spotlight in 2018 when he was linked to Ariana Grande, who he’d go on to propose to weeks after they started dating. The former fiancés split in October 2018, just four months after they announced their engagement.

The comedian would later make headlines in January 2019 for being linked to actress Kate Beckinsale, who is 20 years his senior. Davidson was first linked to Kim Kardashian in late October 2021 after she hosted Saturday Night Live earlier that month. The duo confirmed their relationship one month later.