The Top 5 Robotics Companies And Their Innovative Work 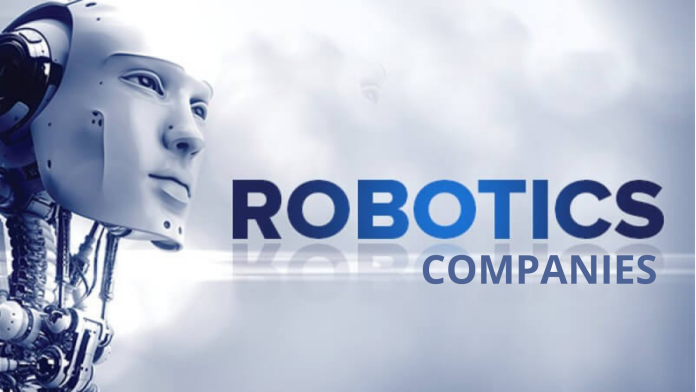 Artificial Intelligence is advancing at a breakneck pace. By 2025, the market is expected to grow to $60 billion, and it’s impossible to find a company that isn’t investing in AI now or plans to do so in the future. The extremely adaptable applications are not created overnight. They are properly scrutinized before being made available to the general audience. As a result of this procedure, the developers have created some smart and distinctive machines with capabilities that are beyond our wildest dreams.

THR-3 is Toyota’s Humanoid Robot program’s third generation. The robot, which can do a variety of tasks, may be programmed to learn a variety of skills. It can look after you, perform construction work, clean, or simply be your companion.

The robot is also designed to be operated remotely. As a result, a human can put on a motion capture suit and step into the robot to operate it, move its limbs, and so on. The robot is designed to collaborate with humans, and its hybrid control model is revolutionary.

Aibo, a robotic dog from Sony, is supposed to be a cross between a pet and a toy. Since its initial release in 2018, it has been enhanced with artificial intelligence (AI) to make it act and react more realistically, to the point where it can now identify its owner’s face or voice and alter its behavior to match their personality.

Asimo is one of the most advanced humanoid robots in the world, capable of adapting freely, walking on two legs, and climbing stairs. Two-legged ambulation in a real scenario is an unanticipated AI achievement in and of itself for a robot. Machines must be able to learn in order to stay upright, steady, and moving in a variety of situations and risks.

This Samsung robot was created specifically for use in the retail industry. The robot can navigate crowds while directing clients to things they wish to purchase. Furthermore, because they are so similar to salespeople, they can give recommendations to those who are browsing.

Aside from navigation, the bot can also accept NFC payments. They can even act as a personal shopper by stocking your purchases on a shelf behind them as you shop. In order to make itself more useful throughout your shopping experience, the robot can analyze human expressions and language.

The Aquanaut is a hybrid of underwater automatons and remote-controlled support vehicles, which are two of the most commonly used unmanned submerged vehicles. It may work autonomously, using AI to diagnose and conduct repairs on structures like as oil rigs and pipelines, in conditions where people would be both unsafe and expensive to reach.