The Metaverse Is on the Way: Here’s What You Need to Know 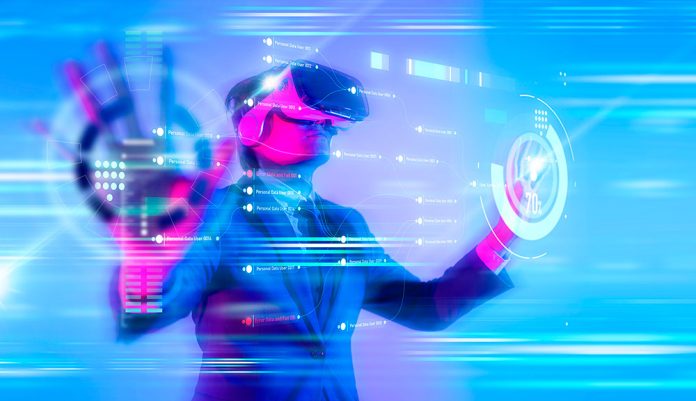 Facebook, Microsoft and a host of other companies are jockeying to define the next iteration of the internet.

You’ve probably heard the hype: the metaverse is going to change the way you live.

A vision for the next step in the internet’s evolution, the metaverse refers to digital worlds in which people will gather to work, play and hang out. Some of those online spaces will be immersive 3D experiences and require fancy goggles to enjoy. Others will play out on a computer screen. The term’s been in flux, and might still keep evolving and renaming itself.

Tech hype cycles come and go. The metaverse could fizzle before it’s even realized. As of yet, however, interest continues to grow. Across gaming, NFTs and shopping, it’s become a repeated buzzword.

Microsoft’s planned acquisition of ActivisionBlizzard for $69 billion, was explained as part of an expansion into metaverse. Last year, Facebook rebranded itself as Meta, a nod to the social network’s ambition to be a prime mover in the new world. Rec Room and world-building games, like Roblox and Minecraft, all get rolled into discussions of what the metaverse is or will be.

The term metaverse has circulated for decades. Virtual reality, augmented reality and 3D computing – the technological concepts behind it — are older still. The current boom in interest is just the most recent peak in a years-long push to make these advances useful to everybody.

What’s changed is a shift in understanding, a conviction the internet needs to be reimagined. How far-reaching those changes end up being is anyone’s guess. After all, the road map for the metaverse is half-paved. It isn’t clear it’ll be completed as promised.

What’s for sure is that if there’s money to be made, big companies will be involved. In addition to Microsoft and Meta, Qualcomm, Nvidia, Valve, Epic, HTC and Apple are all dreaming up new ways of connecting online. So you’ll be hearing more about the metaverse in the years ahead.

WHAT IS THE METAVERSE?

Unsatisfyingly, the metaverse is a squishy concept. An evolution of the internet, it’s often described as online spaces where people can socialize, work and play as avatars. Those spaces are shared and always available; they don’t disappear when you’ve finished using them, like a Zoom call. The description is so broad that many people say the metaverse already exists in the digital worlds of Roblox, Minecraft and Fortnite, which allow players to gather in 2D environments. Second Life, a nearly two-decade-old social-and-gaming platform, is the OG metaverse. (It’s being revamped.)

Facebook boss Mark Zuckerberg, Microsoft CEO Satya Nadella and other proponents see a deeper, more immersive experience that marries a host of existing technologies, such as VR headsets, mobile devices, personal computers and cloud-connected servers. These futurists envision the development of a 3D virtual world, one that you might enter while wearing a headset or AR glasses. There’s no agreement you’ll need VR or AR to get to the metaverse but they pretty much go hand in hand. That suggests these headsets will be compatible with whatever’s on offer. A new wave of VR and mixed reality headsets are expected this year from Meta, Sony, Apple and maybe others.

One common theme: The metaverse will be a virtual world that parallels our IRL lives. Digital neighborhoods, parks and clubs will spring up, possibly in a single virtual world or spread across many. Some people see a metaverse that overlaps with the physical world and includes AR overlays. Investors are already splashing out on plots of virtual land. Barbados has indicated it wants an embassy in the metaverse, underscoring the cachet the concept has generated.

Naysayers are skeptical that the metaverse will be all that Zuck and others suggest. Many point to the cumbersome headsets that will be needed to access the most exciting chunks of the metaverse. (The inventor of the Playstation called them “simply annoying,” while a senior Meta executive called his own company’s headset “wretched.”) They argue that Big Tech hasn’t figured out how to curb hate speech, misinformation and bullying already on the web. Getting a handle on those problems in an even more freewheeling environment will be daunting, they say.

WILL THERE BE ONE METAVERSE? OR MANY METAVERSES?

That remains to be seen. No standards for the metaverse exist and lots of companies are clamoring to lay the groundwork others will follow. Facebook, Microsoft, Sony, Epic Games and a bunch of smaller companies are all working on projects with the hopes of grabbing first-mover advantage. It’s unclear whether one company’s VR headset will be compatible with another company’s expansive multiplayer world or cloud-based graphics. Most companies promise a metaverse that allows other companies in. But that requires them to agree on how they work together.

Meta, which plans to spend billions on its metaverse projects, says interoperability is crucial. If you have an avatar on Facebook, you should be able to use it on a Microsoft platform. That suggests a single metaverse. Try moving a skin you bought in Fortnite to another platform and you’ll quickly find those add-ons are stuck in the battle royale game.

The vision of a single metaverse supporting services from lots of different companies is reminiscent of the utopian ideals of the early internet. When the early pioneers figured out how much money could be made online, however, all bets were off. It’ll likely be the same with the metaverse. If Zuck and others are right, too much money will be on the line for companies to allow customers to pick up and move.

Our best guess – and it’s just a guess – is that the metaverse will start as a slate of competing platforms, each laying claim to being the metaverse. Think of an environment that looks like the early days of instant messaging, when services were fragmented. Over time, however, standards will emerge, and eventually the big players will use compatible technology, evolving into something that resembles email protocols. The internet broadly works that way now with battles between agreed-upon protocols and proprietary standards, content from a host of companies and competing software ecosystems.

The idea behind the deluxe Metaverse – the one that requires a headset – is an immersive, 360-degree digital world. You’ll have your own avatar, which you’ll be able to design, and you’ll own digital assets, the titles of which will likely be recorded on a blockchain. Some think you’ll buy plots of digital land and build online houses, in which you can entertain your friends (or at least their avatars).

That may sound fantastical or absurd, but bets on the value of digital land have already started. Tokens.com, a Canadian company, spent almost $2.5 million on virtual property in Decentraland, a 3D world platform that is a spiritual descendant of Geocities or Second Life. (Purchases in Decentraland are conducted with an ethereum blockchain token.)

Others see a more fluid experience. Simpler versions of a metaverse experience, such as Roblox or Fortnite, are already available. Those games aren’t as immersive as the metaverse Zuck talks about, but they offer a reasonable sense of what’s being planned.

All the things we’re already doing on the internet point to how the metaverse may grow. It will be a bit of gaming, some Zoom telepresence, splashes of VR and AR, and plenty of social media. Expect many attempts to pull it all together so that it’s fun or useful.

WHAT KIND OF EQUIPMENT DO I NEED TO ENTER THE METAVERSE?

That depends on where you want to go. Facebook wants you to buy one of its Oculus Quest 2 VR headsets. That will set you back $300, although the hardware is self-contained and doesn’t require a PC or game console to use. There are also a number of other VR headset makers: Valve, HTC, HP and Sony, whose gear works with PCs or a PlayStation 4/5. Expect more headsets, some of which might start connecting with phones, by the end of the year.

A handful of other companies – Microsoft and Magic Leap, to name a couple – make AR headsets, which layer digital information on top of the real world and tend to be a lot more expensive. Qualcomm and other companies are developing methods for AR glasses to work with phones, though most applications so far have remained experimental or business-focused. Snap’s prototype AR glasses, or glasses like the Nreal Light, show how much work is still needed to make them a purchase you’d even consider.

You can also enter existing metaverses, such as Roblox and Minecraft, from your computer, tablet or phone. It isn’t a 360-degree experience, but the popularity of these platforms speaks to their appeal.

WHERE DID THE METAVERSE COME FROM?

Neal Stephenson coined the term in Snow Crash, a 1992 novel in which the main character, a pizza delivery driver, hangs out in an online virtual fantasy world. The idea got an update in 2011’s Ready Player One, a novel in which people gather in the Oasis metaverse, which inspired the launch of Facebook’s Oculus Rift.

Outside of fiction, Linden Lab created Second Life, a virtual world that launched in 2003 and attracted car companies, record labels and computer makers to open digital outposts. (CNET also had a presence in Second Life.) After a rush of hype, Second Life’s popularity slowly waned, though it’s still active.

Games like Minecraft, Roblox and Fortnite have also been described as metaverses. Fortnite has hosted concerts, including performances by rapper Travis Scott and pop star Ariana Grande, that attracted attention to the already popular shoot ’em up. Fortnite’s Soundwave Series is international and includes musicians from Egypt, Mali and Japan. All three games allow players to create worlds, a cornerstone of the metaverse concept.

Two years of a pandemic have prompted us to redefine “virtual.” No one’s perfected what the future will look like yet. But a rethinking of what it means to gather virtually and at scale is underway. And lots of people want to define it.

Share
Facebook
Twitter
Pinterest
WhatsApp
Linkedin
Telegram
LINE
Viber
Previous articleWhat the NHS has to say about a healthy waist size for your height – and how to calculate it.
Next articleWhat the Metaverse Means for the Real Estate World