The Best Me, The Worst Me 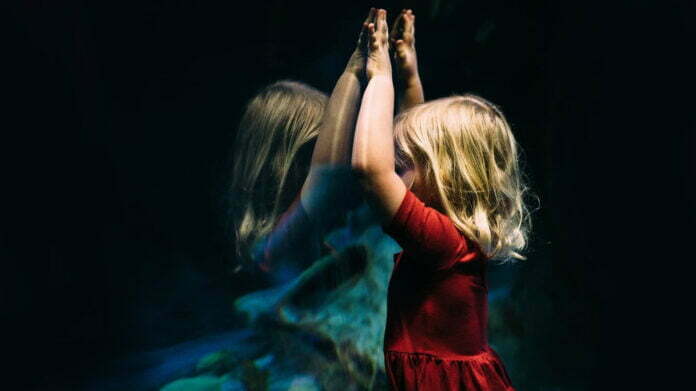 It all began with a dusty coin I found two years ago. It was a poor coin which was paced by the ones who used it and thrown away to drawn in mud and dust. The poor coin had suffered much loneliness and solitude away from the soft and smooth hands to be utilized. Fortunate to the coin, It was now found and not to be wasted. For a second, I hesitated to keep it in my wallet for it was miserably dusty and small which would fall again from my pocket. Finally, I convinced myself to keep it.

When I came to home, my mom uttered the fortune it would bring to me cause it would bring other fortunes the same way it was found. For it was the first time hearing such an illusory belief, it seemed nothing more than a ridiculous joke yet It wasn’t. As the days passed so did the money in my pocket came to appear I couldn’t have collected that much in a long time. My beliefs turned into flowers which blossomed dusk to dawn and extended its roots deeper in the soft soil of mind, so as the days passed the way I willed.

In spite of the fortune it brought for saving money, while holding it hard in hand, the problems solved, the severe pains relieved, and the days passed as if life is in your will. It all happened suddenly, but I guess I was a loved one to god which gifted me the fortune. It was a precious gift which I held it hours in hand, polished it to be neat; shone the way the sun does. “This is all what I wanted, thank you so much” said me to God.

As the winds Two years opened their wings and flew by. Only the pictures of good and bad days remained and nothing else. Now it was 7th of march, 2018 when routine activities were like usual red roses which opened in moist mornings to the arid evenings. Until then, I paid coins to beggars as much as I could but never this lucky one.

It was dark and time was ticking late when I was heading home. There was I near to a crossway where whistled a traffic who seemed to be tired of the day’s jam, some drivers were horning on the other cars which wanted to piss off as soon as they could; these were only ordinary things of the usual days; Whereas, now there was a boy sitting sadly in a corner of the pavement his head down and swallowing his pains from the bad days which came upon anybody who was broke, so did he wore a torn shirt with pitches all around it, a worn trouser which seemed to be bigger than him. I stood for a minute desperate. I imagined what did I do if I were him. Astonished and stunned for some minutes, Saw my pocket for a coin but there weren’t any but the lucky coin.

Maybe anybody would have passed him without any hesitation, but there were I not the same as others. I had to decide between two beloved once: my lucky coin which was an ideal of my fortune and a boy who needed the fortune more than me. I couldn’t make up my mind which one to choose yet there wasn’t any alternative way, either to give the fortune away or to vie and desire the fortune only for myself.

Despite the fact I wanted to relinquish the coin and these illusory thoughts of fortune for sake of being a logical and realistic man, I couldn’t give it a try cause risk was what frightened me. So, I passed by him turning my face opposite to the boy for not seeing him, so I wouldn’t change my mind. As much as I stretched my legs so did my heart beat faster and faster. The air turned darker, and a strange miserable feeling of guilt spread in my body. Nothing bothered me more than the heavy burden of guilt when abandoning someone in time of need.

I cannot say for sure but to some extent right now, I was about 101 meters further. Neither could I leave him if I wanted so, nor could I turn back for it was dark and somebody could have pointed a sword to me asking for money which I didn’t have or cellphone (why am I saying a sword? Cause I am really afraid of sharp knives if I would be threatened. Besides, the countries condition was horrible). Sticking to the point, Right now wasn’t the time to turn back; heading forward was much safer.

Have you ever abandoned somebody who needed you the most? Well, It was what I chose for I preferred my own fortune. I felt like the whole world was collapsing on me, the God with the angles cursed me for what I did, but more than that my own atrocious impressions didn’t permit me to think. Perhaps, a rest for some hours was what I desired after all to forget what had happened. After a while, my eyelids became heavier, Laid in bed, hoped not to see nightmares of the poor boy and let my exhaust to manipulate and help me to sleep sooner. I did it – I could rest in peace after what I did.

8th of march, 2018 – the day of judgment. The ticking clock which was nailed on the wall annoyed me and compelled me to open my eyes and as soon as I saw the clock, I knew today was not my day. Immediately, I woke up, washed up my face, dressed up, had the breakfast and went out for the work. In the middle of the way, realized I that forgot to get some money for the buses I took to go to work, Nothing came in my mind. I headed to a friend of mine who had a shop and took some money. Along the way, came another beggar – a woman in blue traditional dress (chadari) which covered her face and body, not being able to see her face for which it had a veil. Probably, this might be a second chance for me to banish my egotism and let others to have the same chance of using the coin of fortune. Finally, I did it.

So did the days passed. I saw the woman whom I gave the fortune coin, she was yelling for help the same as the day I gave her the coin. In addition, the fortune desisted to be with me. I couldn’t collect my money the same way I did before. Perhaps, it was the justice for the one who preferred himself instead of the one who needed him. Of the same way, the coin of fortune lost its power to bring fortune to somebody else. I couldn’t choose wisely what to do, that’s why I lost them both.

Recently, I found out that my little brother had found a coin of fortune. I want it so eagerly and badly.

Annotations: write it out by yourself.