The 12 Best Short Stories Ever Written 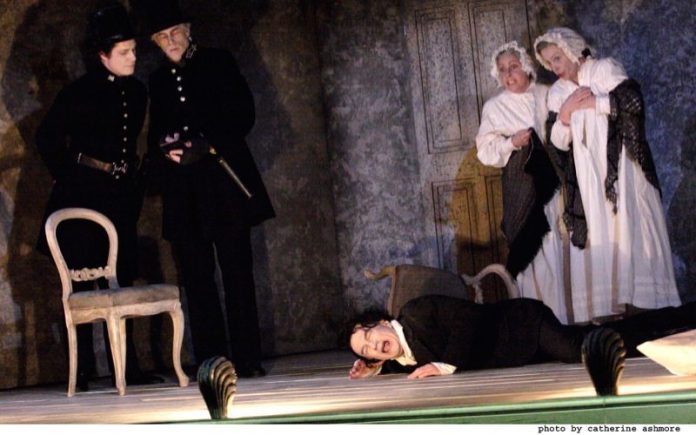 It’s been argued by many writers that penning a good short story is much harder than writing an entire novel. With the latter, there’s plenty of space to unpack character, theme, and plot. With a short story, however, every word counts. The best short stories speak volumes within a few slim pages.

To that end, there are a smattering of short stories that stand out from the crowd. Admittedly, it is difficult to call them the best short stories because quality is subjective. But rest assured that those you’ll find recommended here are almost universally considered some of the most important little works of literature ever thanks to some combination of their revolutionary style, timeless storytelling, or influence on nearly all writers to follow.

Some of these are classic tales that have been beloved for decades while others are from current authors who are still breaking literary ground today, but they are truly great short stories one and all.

Few genres have made as much use of the short story format as horror, and it’s difficult to say that any such writer stands above Poe. Known for penning many gothic masterpieces, The Tell-Tale Heart is Poe’s most renowned short story. Narrated by a murderer whose sanity gradually slips as he meditates on his crime and is haunted by the beating heart of his victim, this story helped to set the standard for early gothic romanticism.

The Lottery by Shirley Jackson

First released in The New Yorker in 1948, The Lottery is a masterwork of grim atmosphere and troubling themes. The story of a small village lottery — the winner of which will be stoned to death — it almost singlehandedly created the modern concept of gothic horror thanks to its gloomy atmosphere and use of thought-provoking, disturbing irony.

Published in 1892, The Yellow Wallpaper is another classic of early-modern gothic horror, though it emphasizes psychological distress over some of the more fantastic elements embraced by Gilman’s peers. The tale of a woman who is confined to her bedroom as part of a rest cure for her so-called hysteria, as the narrator slips into madness she becomes increasingly enamored by the yellow color of her room. Considered a cornerstone of early American feminist writing, its commentary on the oppressive impact of patriarchy remains relevant to this day.

Toeing the line between short story and novella, this semi-autobiographical narrative centers around a young American living in Paris whose affections are torn between his girlfriend and an Italian bartender named Giovanni. Not only is this a wonderfully written work by one of the 20th century’s greatest Black thinkers, writers, and activists, but it is held in high regard for its open and complex portrayal of bisexuality and same-sex relationships.

The Dead by James Joyce

The most renowned installment in Joyce’s Dubliners, The Dead is about a young Irishman whose family holds him in the highest regard thanks to his practicality and level-headedness. When he attends a party, however, his principles are challenged as he is pushed to confront his own mortality. Arguably the famed writer’s most accessible work, it nonetheless shows his ability to bury deep themes in seemingly straightforward stories.

The Metamorphosis by Franz Kafka

Not only is The Metamorphosis one of the greatest short stories ever written, but it was an important forebearer of the Surrealist movement that would emerge shortly after its publication in 1915. The story of a salesman who wakes up one morning to find, much to his alarm, that he has turned into a beetle, there has been much debate over its meaning, but all agree that it is a masterful look at alienation in the modern age.

Papa Hemingway wrote several short stories that could be ranked among the best of all time, but Hills Like White Elephants is perhaps his most brilliant effort thanks to how he talks directly about a subject without ever bringing it up at all. The story of a young couple waiting for a train as they discuss some never-clarified operation, it is nevertheless obvious that the man is attempting to pressure the woman into having an abortion. It is a masterpiece of subtlety and simplicity from a writer who is perhaps the greatest at packing an abundance of meaning into a minimal word count.

By the late 1970s, short stories were waning in their public appeal. Then Raymond Carver rose to prominence and wrote some life back into the format with his unrivaled application of minimalism. The most renowned example of this was Cathedral, which is about a man’s jealousy toward his wife’s blind friend. By the time the two men bond over the image of a cathedral — which only one of them can actually see — the reader is left floored by the elegant simplicity of the story’s deceptively powerful ending.

Now considered a science fiction classic, Speech Sounds is about a mysterious pandemic that has reduced humanity’s ability to communicate to symbols, gestures, and other visual cues. A brilliant meditation on how miscommunication can result in violence, the importance of these themes during the Cold War of the 1980s earned Butler a Hugo Award.

Stories of Your Life by Ted Chiang

When a fleet of spaceships arrives on Earth, a team of scientists is tasked with figuring out how to communicate with the extraterrestrial pilots. As linguist Louise Banks learns more and more about the alien language, she discovers that the solution to mounting problems seemingly brought with the visitors involves her own personal relationship to time. A pint-sized masterpiece by one of the greatest living short fiction writers, Chiang’s elegant yet complex story was made into an acclaimed feature film, Arrival.

Read Story: Stories of Your Life

On the Honeymoon by Javier Marias

One of the greatest living writers, Javier Marias’ name is essentially on every shortlist for the Nobel Prize in literature. While novels account for the vast majority of his work, he did release a collection of short fiction called When I Was Mortal. Perhaps the best story in the book is On the Honeymoon, which tells the story of a newly married man who watches the street outside a hotel window as his wife is sick in bed. Drama ensues when he catches the eye of a distraught looking woman. Within 20 pages, Marias uses all the literary tools that he is known for wielding in books 20 times longer.

Read Story: On the Honeymoon

A Good Man Is Hard to Find by Flannery O’Connor

If Hemingway and Carver make up two points of the Holy Trinity of great American short story writing, Flannery O’Connor is the third. She’s also wildly regarded as the greatest of Southern Gothic writers. Without a doubt her most famous work is A Good Man Is Hard to Find, which tells the story of an arguing family that ends up stranded after a car crash, with horrible consequences.

Read Story: A Good Man Is Hard to Find