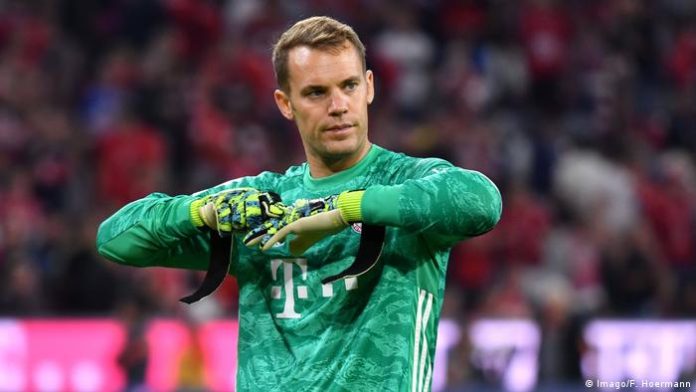 Goalkeepers are considered to be a bit unglamourous as compared to attackers. But several goalkeepers have changed this standard notion by their dashing acrobatic saves and scintillating defensive play. They have been instrumental in leading their teams to many a famous victories. Here is a list of 10 best goalkeepers in the world football right now.

Considered one of the greatest goalkeepers of all time, Manuel Neuer is a German football player. He is the captain of German national team as well as his club Bayern Munich. Described as a sweeper-keeper due to his unique playing style, Neuer was part of the German team that won the 2014 FIFA World Cup. He was adjudged the best goalkeeper of the decade from 2011 to 2020 by IFFHS.

Counted among the best goalkeepers in the current generation, Jan Oblak captains the Slovenia national team and plays for Atlético Madrid. Oblak has five Ricardo Zamora Trophies under his belt and has helped Atlético Madrid win four trophies, including the 2020–21 La Liga. Tall and athletic, Jan Oblak is renowned for his speed, agility, outstanding positioning, and shot-stopping abilities.

Thibaut Courtois plays as a goalkeeper for the Belgium national team and Spanish club Real Madrid. He is regarded as one of the world’s best goalkeepers due to his consistency, excellent positional sense, and composure. Often described as a complete goalkeeper, Thibaut Courtois has won three La Liga Zamora Trophies so far. The Golden Glove winner at the 2018 FIFA World Cup, Courtois was also named the IFFHS World’s Best Goalkeeper in the same year.

Italian footballer Gianluigi Donnarumma plays as a goalkeeper for the Italy national team and Ligue 1 club Paris Saint-Germain. He started playing for Italy at the age of 17, becoming the youngest goalkeeper to represent the Italian national football team. Counted among the best in the business, Gianluigi Donnarumma won the IFFHS World’s Best Goalkeeper award in 2021.

Alisson Becker, who plays as a goalkeeper for the Brazil national team and Premier League club Liverpool, was adjudged The Best FIFA Goalkeeper in 2019. He is also considered one of the best goalkeepers in the world due to his ability to produce important saves, consistency, positioning, and distribution. Alisson Becker has been dubbed The Messi of goalkeepers by the media.

Keylor Navas is a Costa Rican footballer who plays as goal keeper for his national team and for his club Paris Saint-Germain. Considered one of the world’s best goalkeepers, Keylor was named CONCACAF Men’s Goalkeeper of the Year for three consecutive years between 2016 and 2018.

Édouard Mendy currently plays for the Senegal national team and Premier League club Chelsea. An aerially assertive goalkeeper, Mendy has a high save success rate which makes him one of the best in the world. In 2022, he became the first African goalkeeper to win The Best FIFA Goalkeeper award, which he received for his performance in 2021.

Ederson is a Brazilian football player who plays as a goalkeeper for the Brazil national team and Manchester City Football Club. He is often counted among the best goalkeepers in the world due to his agility, excellent reflexes, shot-stopping abilities, consistency, and composure. He won the Premier League Golden Glove during the 2019–20 and 2020–21 seasons.

Péter Gulácsi plays as a goalkeeper for the Hungary national team and Bundesliga club RB Leipzig. Widely regarded as one of the best goalkeepers of the current generation, Péter Gulácsi made history during the 2019–20 season by helping RB Leipzig qualify for the UEFA Champions League semi-finals for the first time.