Taylor Swift and Joe Alwyn: A Full Timeline of Their Relationship 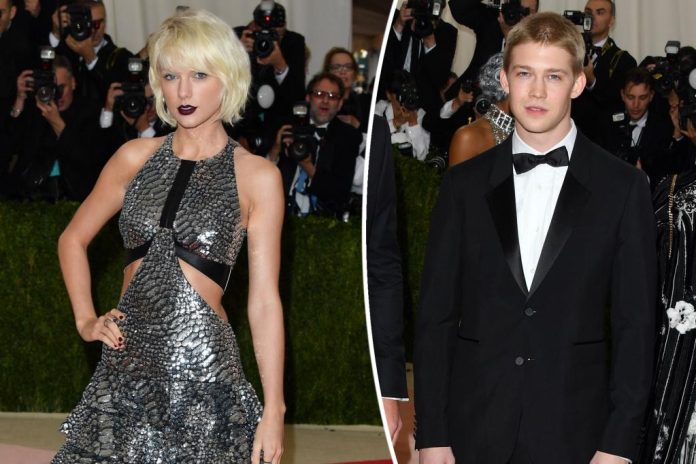 Wedding bells may be ringing for Taylor Swift and Joe Alwyn.

Despite being very private about their relationship, rumors are swirling that the couple have taken the next step and gotten engaged.

Here is a breakdown of Swift and Alwyn’s romance, which has been going strong since they were first spotted together in 2016.

Fans believe that Swift and Alwyn first crossed paths when they attended the 2016 Met Gala separately. At the time, the singer was dating Calvin Harris, but he did not attend the event with her.

Swift seemingly alluded to the theory in her 2017 song “Dress,” in which she sings the lyrics, “Flashback when you met me / Your buzzcut and my hair bleached.” At the gala, where the theme was “Manus X Machina: Fashion in an Age of Technology,” the actor notably attended with a shaved head, while Swift showed up with a bleach-blond bob.

To this day, Swift has never confirmed the lyrics were about Alwyn.

Putting on a show

After Swift and Harris broke up in the summer of 2016, she and Alwyn raised eyebrows when they were seen attending the same private Kings of Leon concert in October of that year.

At the time, a video on a fan account showed Alwyn leaving the New York City venue where Swift was also at with her pals Dakota Johnson, Martha Hunt, Cara Delevingne and Lily Donaldson. It’s unclear whether they interacted during the show.

The Sun was the first to report in May 2017 that Swift and Alwyn had been secretly dating for months.

A source told the outlet at the time that she flew to visit the England native “via private jets, and her security has made it a military-like mission to prevent her from being seen.”

The source added that they both used disguises to keep the news of their relationship a secret.

Swift previously had very high-profile relationships with Harris, Tom Hiddleston, Jake Gyllenhaal and Harry Styles, among others, before retreating from the spotlight with Alwyn.

While they were able to stay under the radar in the beginning, the duo were finally spotted showing some serious PDA in December 2017, further confirming their relationship.

They were photographed holding hands after Swift’s performance at Z100’s Jingle Ball. Then in March 2018, they looked very cozy while on a hike in Malibu.

A witness told Page Six at the time that they “seemed very intimate and deep in conversation – despite having her bodyguard trailing 20 feet behind them.”

That May, Swift serenaded Alwyn during the first show of her “Reputation” tour.

In August 2018, the duo gave a glimpse into their relationship when they both posed in front of the same cactus in photos posted to their respective Instagram accounts.

A month alter, Alwyn finally confirmed he was dating the country-turned-pop superstar but stayed mum on any details.

“I’m aware people want to know about that side of things,” the actor told British Vogue. “I think we have been successfully very private, and that has now sunk in for people … but I really prefer to talk about work.”

In January 2020, the couple first sparked engagement rumors when Swift wore a massive diamond ring on her left hand in her Netflix documentary, “Miss Americana.” Fans later believed the pair had actually tied the knot after she wore a wedding dress in her “Willow” music video.

In another rare move, the couple were spotted locking lips while enjoying a romantic getaway in the Bahamas in June 2022.

The pair were believed to have been staying in Lenny Kravitz’s Airstream trailer.

In June 2022, The US Sun reported that Swift and Alwyn had been secretly engaged for months and only told their inner circle about the news.

“Basically immediate family and trusted, very old friends,” a source told the outlet. “Everyone has been sworn to secrecy, too.”

Alwyn allegedly presented Swift with a “beautiful ring” that she only wears in private.

The source added, “They want their love to stay away from the cameras as much as possible. This is just for them. And if and when they do exchange vows, there most definitely won’t be any Vogue, Rolling Stone or Hello! magazines there.”

Neither Swift nor Alwyn have confirmed the report.