SPACETECH RACE: Which Companies Are Leading At the Forefront 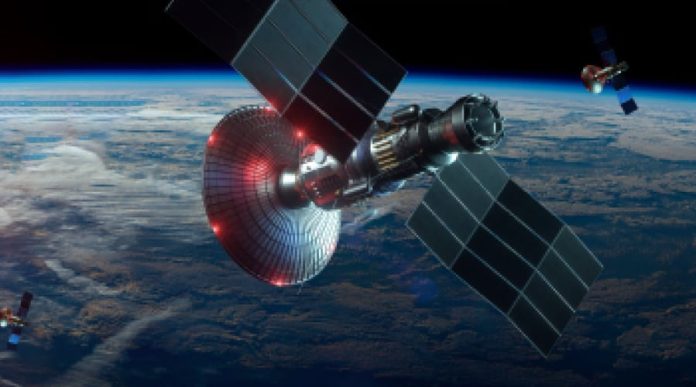 SpaceX, Blue Origin, and Northrop Grumman are the spacetech frontrunners

Sooner or later, people will occupy outer space and look at the world from there. Ever since humans found that there exists a place beyond earth, the space race began. As the technology evolved, disruptive trends like artificial intelligence and machine learning are accelerating spacetech applications. While spacetech start-ups are ballooning like never before, giant technology companies are jumping into the spacetech market to score big.

Today, the mother earth is undergoing a crucial time. With the outbreak of a pandemic and rising climate change impacts, it is not a bad option for us to choose out future in starts. As a result, spacetech industry is blooming at exponential speed. Ever since the launch of Sputnik in 1957, the race to space started off with many other countries trying their hand in discovering new things. To make it even more advanced, emerging trends like artificial intelligence are sweeping over the space exploration aspect. In the modern world, we have set up International Space Station (ISS), explored reusable rockets, sent rover to Mars, etc. But the future has even more advancements in the bag. Revolutionary innovations like autonomous rockets and life in space are going to be the new normal soon. With so many ambitions, the three big spacetech companies are running the race towards space explorations.

SpaceX has been using artificial intelligence technology at many stances. The company carried out a major AI project by launching SpaceX Flacon 9 rocket that carried Crew Dragon to International Space Station (ISS). The rocket was powered by sophisticated AI autopilot steers that drove the crew to outer space. Once the crew reached 60 feet of the space station, the astronauts maneuvered the vehicle to ISS and remained there for a long time. Besides, the rocket also used machine learning and computer vision’s power to transform space exploration. SpaceX used a convex optimization algorithm to determine the best way to land the rocket, with real-time computer vision data aiding route identification. Machine learning algorithm was the secret tool that successfully used the first reusable rocket for space exploration. Meanwhile, during the mission, SpaceX has also sent an AI-powered robot named ‘mousetronauts’ to space.

After making Amazon a successful platform for many purposes, Jeff Bezos has moved his interest to space explorations by starting Blue Origin. The company is looking beyond usual spacetech missions into the far future like taking people to space and setting up a living environment there. Blue Origin is aiming to sell tickets to commercial flights. The company is powered by Amazon Web Services (AWS) high-performance computing, artificial intelligence, machine learning capabilities. Blue Origin is aiming to see millions of people working and living in space. Besides, the company is also working on autonomous flying robots that can fly into space, bring themselves back and land to keep away pilots from risk.

Northrop Grumman is a key partner in NASA’s Artemis Program, providing solid rocket motor boosters and launch abort motors for the Space Launch System rocket. As an aerospace and defense technology company, Northrop Grumman is indulging in many artificial intelligence funding and developments. The company was reportedly collaborating and investing in Deepwave Digital to support research, development, and integration of technologies. Northrop Grumman is also a primary contractor for the James Webb Space Telescope. In 2014, the company’s aerospace systems and NASA Armstrong had formed a partnership to operate the Global Hawk mission for ‘Earth observation research.’ Northrop Grumman developed the automated Cygnus spacecraft to provide cargo delivery services under NASA Space Act Agreement. Cygnus performs resupply flights to the ISS.

Disclaimer: The information provided in this article is solely the author’s opinion and not investment advice – it is provided for educational purposes only. By using this, you agree that the information does not constitute any investment or financial instructions. Do conduct your own research and reach out to financial advisors before making any investment decisions.