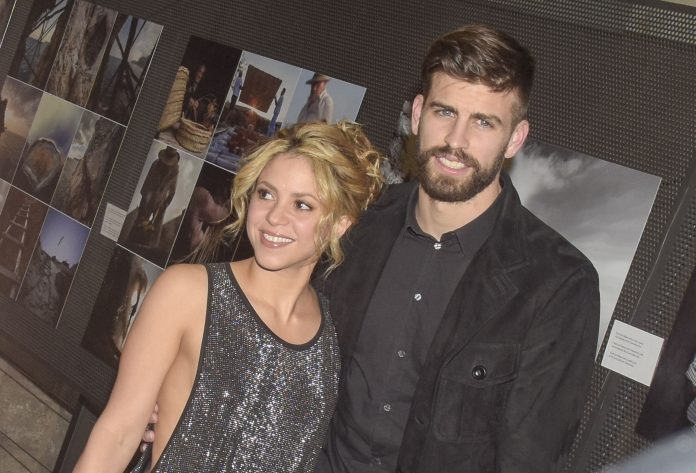 It’s been less than a month since Shakira and Gerard Pique announced their split after 11 years together.

The couple, who share two children together, confirmed the news at the start of the month in a joint statement that read: “We regret to confirm that we are parting ways.

“For the well-being of our children, who are our highest priority, we ask that you respect their privacy. Thank you for your understanding.”

This week, footballer Gerard made headlines again when he was spotted with a mystery woman at a Swedish restaurant.

Shakira and Gerard announced their split earlier in June

A picture of Gerard and the unknown blonde was uploaded to social media by Katrin Zytomierska, the owner of the restaurant, after he allegedly refused to greet her football-loving son.

Katrin is a famous blogger and television host in Sweden. She went on to tell Catalan-based journalists Lorena Vasquez and Laura Fa: “I asked if he could say ‘hello’ to my son and he said ‘no’.

“A little surprised, I asked him again and his response was the same. He wasn’t rude, but he was a little bit arrogant,” she added, via the Mirror. “I suppose that because he’s such a well-known footballer… but I hadn’t met him until then. Afterwards I took the photo to post it on my Instagram.”

Shakira, meanwhile, has chosen to ignore the drama, and is instead focused on her work. On Wednesday, she shared a series of posts promoting her show, Dancing With Myself, including a GIF that shows her sweetly reacting in one of the acts.

Shakira and Gerard started dating in 2011 but never married. They are proud parents to sons, Milan, nine, and seven-year-old Sasha. The former couple confirmed their separation on 4 June.