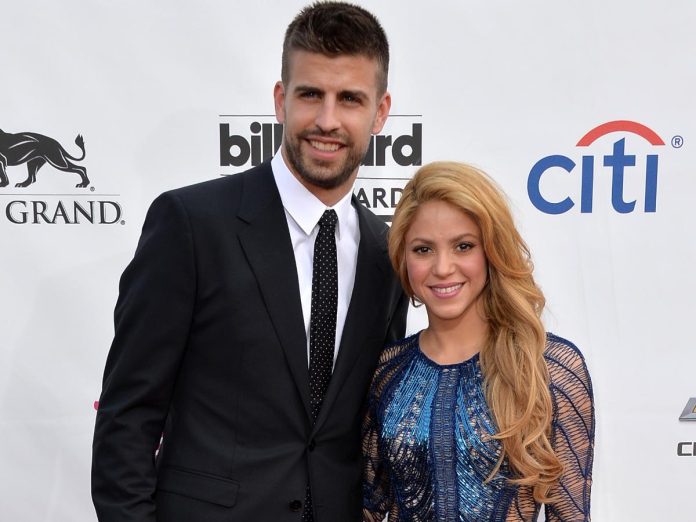 “We ask for privacy at this moment for the well-being of our children, who are our maximum priority,” the couple said in a joint statement on Saturday

Shakira and her partner Gerard Piqué are taking time apart.

“We regret to confirm that we are separating,” the couple said in a joint statement Saturday. “We ask for privacy at this moment for the well-being of our children, who are our maximum priority. Thank you in advance for your understanding and respect.”

The couple — who share two sons, Milan, 9, and Sasha, 7 — first confirmed their relationship in March 2011. They met on the set of her music video for “Waka Waka (This Time for Africa),” which served as the official song of the 2010 FIFA World Cup.

The news of their separation comes after the Spanish news outlet El Periodico reported that the soccer player, 35, is living in his house in Barcelona again — and away from Shakira, 45, and the kids.

“For completing you I broke into pieces/They warned me, but I did not pay attention,” she sings. “I realized that yours is false/It was the drop that overflowed the glass/Do not tell me you’re sorry, that seems sincere, but I know you well and I know you lie.”

In February during an appearance on the podcast Planet Weirdo with Holly H, she said that because of their different upbringing, the former couple didn’t see eye to eye on punctuality — which in turn led to arguments.

“My poor husband, slash boyfriend, slash baby daddy, whatever you want to call him, he has to wait up for me so long. He’s tired of waiting up,” she said with a laugh. “‘Cause Colombian time is not the same as Catalonian time, Spanish time.”

The couple did also celebrate Valentine’s Day together this year, and Shakira shared a photo to mark the occasion on social media.

Through the years, the couple would make sporadic red carpet appearances together and Shakira would support him at his soccer games — oftentimes bringing the kids along.

In December, Shakira rang in the new year with Piqué by her side. “Let’s whistle our way to 2022!,” she captioned an Instagram post with Piqué, where they posed with duck lips in one and kiss in the other.

In August 2020, Piqué shared a family photo from their trip to the Maldives and captioned it “Family Time.”

In May 2017 — just as she released her album, El Dorado — Shakira and Piqué were spotted with their sons having a family-filled Memorial Day weekend in Boston, taking in the sights of the city’s downtown area and dining at Antico Forno on the popular Salem Street.

Dressed casually in baseball hats, the family sat near the brick oven and enjoyed what looked like a “quiet and cozy meal.”

“They were very polite and kept to themselves,” a restaurant rep told PEOPLE at the time.

Earlier in the day, the family hit up the New England Aquarium on Central Wharf, where they checked out the diverse animal exhibits, which feature penguins, turtles and sea lions. Later they hopped aboard a Boston Duck Tour for an 80-minute narrated journey that takes guests over both land and sea, checking out spots like Boston Common, the Charles River and the Swan Boats.

“Shakira is very beautiful,” a fellow tourist on the boat told PEOPLE. “They seemed to be happy and their children are adorable.”