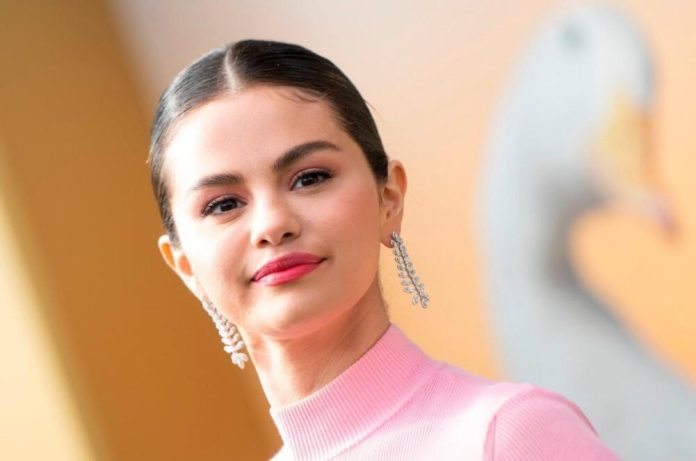 Considered as one of the most successful ‘Disney’ child actors, Selena Gomez’s life can be described as a rags-to-riches story. Be it the divorce of her parents when she was still a child, or the harrowing destitution that she had to suffer, nothing stood in the way of her success. At a young age, she decided that she would follow in the footsteps of her mother and become an actress. Starting off with minor roles in ‘Disney’ productions, this actor proved her mettle and soon rose to fame. At the impressionable age of twenty-two, she has already received fifty-eight prestigious awards, for her brilliant performances as both an actor and a singer. What has made her more endearing to her admirers are the social causes she believes in and fights for. Be it the welfare of impoverished children in underdeveloped nations, or the protection of abandoned animals, she has done it all to bring about a change in the world. This spectacular singer claims that her inspiration as a music artiste comes from the famous Bruno Mars, Britney Spears, Rihanna, Beyoncé, Skrillex, and Taylor Swift. The latter is a close friend of Gomez, and they are often deemed inseparable by observers. Read on for more information on her life and works

Selena Marie Gomez was born to former actress Amanda Dawn Cornett, and her Mexican husband, Ricardo Joel, on July 22, 1992, in the Grand Prairie city of Texas.

When the young girl was only five years old, her parents separated, and her grandparents played an important role in her upbringing. Selena has two stepsisters, Gracie Elliot, her mother’s child with Brian Teefey, and Victoria, born to her father and his second wife, Sara.

After her parents separated, the young girl and her twenty-one year old mother struggled to survive amidst dire poverty. Amanda’s stage performances inspired Selena to choose a career in acting, and soon the little girl was attending try-outs.

Her first break came with the show, ‘Barney and Friends’, in 2002, when she was chosen to play a character named Gianna. It was during the auditions that she met fellow performer, Demi Lovato, who was also selected for the show in the same year.

During the show, ‘Barney and Friends’ and after quitting it in 2004, Gomez made guest appearances in films like ‘Walker, Texas Ranger: Trial by Fire’ and ‘Spy Kids 3-D: Game Over’.

In 2006, the young actor featured on the ‘Disney’ show, ‘The Suite Life of Zack & Cody’, for one episode. The next year, she was cast in another ‘Disney’ programme, ‘Hannah Montana’, and also started shooting for ‘Arwin!’, and ‘Suite Life’, both belonging to the same production house.

Selena also bagged the role of the protagonist, Alex Russo, in the ‘Disney’ show, ‘Wizards of Waverly Place’, in 2007. She soon shifted to Hollywood, and began her full-fledged acting career, with colleague and friend, Demi Lovato.

The show was a success, and so was her theme song, ‘Everything is Not What It Seems’, shooting the talented actor to stardom, in the process getting compared to fellow performer, Miley Cyrus.

In 2008, she organized her own music group, naming it ‘Selena Gomez & the Scene’, and also founded a production house called, ‘July Moon Productions’.

The same year, she starred in the film, ‘Another Cinderella Story’, and lent her voice to the movie, ‘Horton Hears a Who!’. She also appeared in television shows like ‘Jonas Brothers: Living the Dream’ and ‘Studio DC: Almost Live’.

In 2009, the impressive actor starred in shows and films such as ‘Suite Life on Deck’, ‘Sonny with a Chance’, ‘Princess Protection Program’. For the latter, the soundtrack ‘One and the Same’ was sung by Lovato and Selena. The same year the actor also featured in the ‘Disney’ production, ‘Wizards of Waverly Place: The Movie’.

In 2009, apart from acting in movies, she lent her voice for a second time, to the character, Princess Selenia, for the film, ‘Arthur and the Revenge of Maltazard’. Around the same time, the band ‘Selena Gomez & the Scene’ also released her debut music album, ‘Kiss & Tell’.

The following year, the young celebrity introduced an environment-friendly apparel brand titled, ‘Dream Out Loud’, which was then sold through the ‘Kmart’ departmental stores. After the success of her first album, Selena also released her second record, in 2010, ‘A Year Without Rain’.

Even amidst all the adulation and busy schedule, Gomez ensured that she completed her higher education in 2010, with the help of a home-tutor. The same year, she reprised her role as Princess Selenia in the film, ‘Arthur 3: The War of the Two Worlds’, and also acted in the successful movie, ‘Ramona and Beezus’.

In 2011, the bankable star featured in the commercially successful film, ‘Monte Carlo’, working hard to perfect her role. She also bagged cameos in the movie like ‘The Muppets’ as well as the TV shows, ‘PrankStars’ and ‘So Random!’.

During the same period, Selena introduced her own brand of fragrance, which was to be distributed by ‘Adrenalina’, a famous sports label. Apart from her movie appearances, she also recorded another album, ‘When the Sun Goes Down’.

In 2012, the talented actor voiced the character of Mavis in the animated movie, ‘Hotel Transylvania’, along with comic greats, Steve Buscemi and Adam Sandler. The same year, Gomez starred in ‘Spring Breakers’, along with James Franco, Vanessa Hudgens, Rachel Korine, and Ashley Benson.

From 2013-14, the ‘Disney’ star produced her first solo record, ‘Stars Dance’, and another album, ‘For You’. Even her musical tour, also named ‘Stars Dance’, was quite successful with a significant increase in her fan base. She acted in films such as ‘Getaway’, ‘Behaving Badly’, ‘Rudderless’, and ‘Aftershock’.

In 2015-16, Selena is expected to be seen in upcoming movies like ‘Hotel Transylvania 2’, ‘In Dubious Battle’, ‘The Revised Fundamentals of Caregiving’, and ‘The Big Short’.

One of the famous ‘Disney’ stars, Selena’s television film, ‘Wizards of Waverly Place: The Movie’ is considered to be the most successful amongst all her work. The movie, directed by Lev L. Spiro, attracted 11.4 million people on the first day of screening, and it received the ‘Primetime Emmy Award’ in the ‘Best Children Program’ category in 2010.

This young celebrity actor has been nominated on 125 occasions, and has won some of the most prestigious awards for her songs as well as acting performances.

This talented actress was honoured with the ‘American Latino Media Arts Award’, (‘ALMA Award’) in 2009 for the series ‘Wizards of Waverly Place’. For the same show, she received the ‘Gracie Awards’, and the ‘Imagen Awards’. She has also been the recipient of seven ‘Nickelodeon’s Kids Choice Awards’ for ‘Wizards of Waverley Place’.

From 2010-12, the German, ‘Bravo Otto’ awards have been presented to Gomez on six occasions. During the same time, she was also declared the ‘Woman of the Year’, by the ‘Glamour Awards’.

For her philanthropic services, she received the ‘Chris Greicius Celebrity Award’ from the ‘Make-A-Wish Foundation’, and the ‘Young Visionary Award’ at the ‘Unite4: Humanity’ ceremony, both in 2013.

Around the same time, she was also given the ‘MTV Video Music Awards’ for the single, ‘Come & Get It’.

In 2014-15, she received the Broadcast Music, Incorporated (BMI) Awards as a songwriter for the tracks, ‘Come & Get It’ and ‘Slow Down’.

Gomez has won the ‘Teen Choice Awards’ five times, for films like ‘Princess Protection Program’, ‘Another Cinderella Story’, and ‘Wizards of Waverly Place’.

In 2011, Selena Gomez and singer Justin Beiber began dating each other, but since then it has been an on-and-off relationship between the two celebrities.

This star is known for her philanthropic activities, including her association with the ‘Trick-or-Treat for UNICEF’ movement. She became the youngest representative of the organization, breaking the record held earlier by New Zealand performer Hayley Westenra.

She has worked for the ‘UNICEF’ in Ghana, volunteering for the betterment of underprivileged children in the country.

She has also been involved with other organizations and campaigns like ‘DoSomething.org’, ‘Island Dog’, ‘RAISE Hope for Congo’, ‘Friends for Change’, ‘Disney Worldwide Conservation Fund’, and ‘Hope for Haiti Now’, amongst many others. Gomez has served various causes from child welfare to protection of animals to environmental concerns.