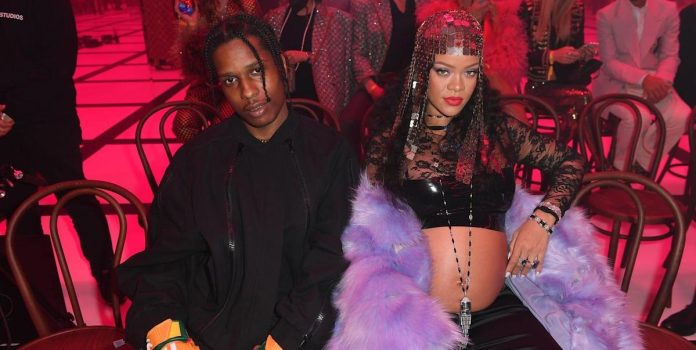 Rihanna and A$AP Rocky’s “very fly” baby has arrived. Rihanna gave birth to a baby boy on May 13 in Los Angeles, TMZ reports. The baby’s name isn’t known yet, and his parents have not released a statement.

People confirmed that Rihanna welcomed her baby. A source close to the couple said that the two are now home in Los Angeles with him. “Rihanna is doing well. They are very excited to be parents. Rihanna is already a wonderful mom,” the source said.

Rihanna announced her pregnancy in January. She kept her baby’s sex and due date private. In March, she revealed to ELLE.com that she was in her third trimester. When asked about whether her glow was from Fenty Beauty or her pregnancy, Rihanna responded, “I mean, they go hand in hand. There’s a pregnancy glow. There’s also those days, girl,” she said. “Especially in the third trimester where you wake up and you’re like, oh, do I have to get dressed? Makeup for sure helps you feel like a real person. I just focused a lot on moisturizing and on contouring. The face gets a little round and chubby. The nose starts to spread. Everything is a challenge, from getting dressed and how you’re going to do your makeup. But I like challenges. I like things that force me to be creative and create in new ways. And with beauty, there’s so much that you can do.”

She also spoke about which Real Housewives mom most inspired her—and how far she’ll go to protect her new little one. “Teresa [Giudice] from Jersey does not play about her kids. She will flatten you about those kids. And that resonates with me a lot because I feel like that’s the type of mom I’m going to be. Psycho about it.”