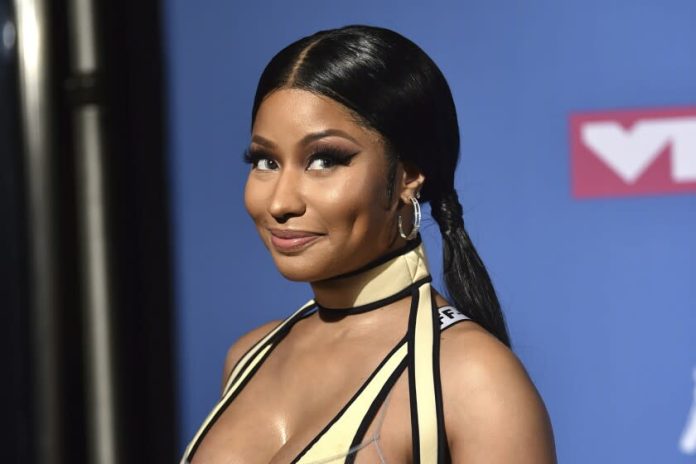 Nicki Minaj already knows how much her fans love her, but just in case she needed another reminder, they let her know in London.

After her Sunday performance at Wireless Festival, the rap star tried to mingle with her fans at a meet-and-greet Monday. Since she wasn’t able to connect directly with them at the venue, she posted on Instagram Live to announce she’d be stopping by Cafe Koko and they should meet her there.

“I want you guys real quick to spread the word about something,” she said. “First of all, today was one of the best nights of my life with one of the best crowds of my life. Because of the way the venue was set up outside, I wasn’t able to do what I normally do with the fans, and the dope people that came to see the show. So tomorrow, I’ve decided… I’m going to do a meet-and-greet for my fans in London.”

Hundreds of Barbz, the nickname for Minaj’s fans, packed the streets around Cafe Koko, a bar and pizzeria in the Camden neighborhood. Ahead of the meet-and-greet, the restaurant was posting Instagram Stories of spectators lining up outside for a glimpse of their queen and eventually partying inside.

In photos published by the Daily Mail, Minaj was seen sitting in the window of her car, surrounded by camera-wielding fans on all sides.

Before long, the antsy crowd grew out of control, prompting Minaj to quote-tweet a video of fans mobbing what appears to be her vehicle, pleading for calm.

“Guys, if you don’t get in a contained space they won’t let me get out the cars,” she tweeted. “Pls don’t run in the streets. Please get in 1 place. 1 line.”

Police eventually shut down the event, closing nearby roads as they tried to clear out the crowds.

“Regardless of what Ms. Minaj is tweeting, she is not here. She has driven past, she has gone,” a security officer told the crowd, sparking gasps and boos.