Kim Kardashian’s New Skin Care Line Is Not for Quitters 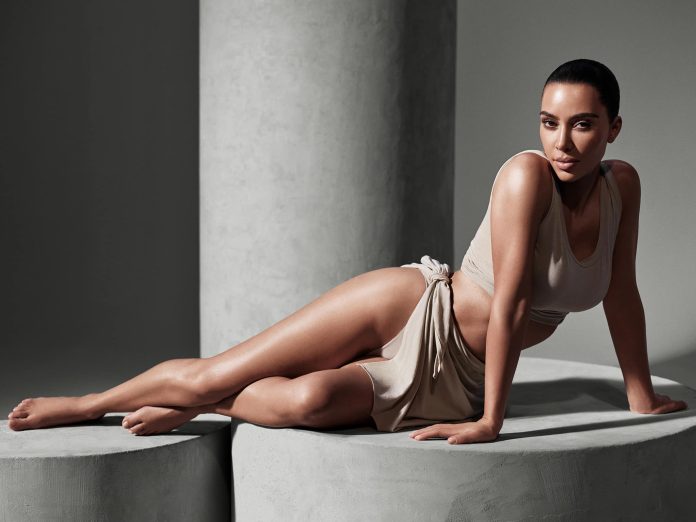 CALABASAS, Calif. — “I’ll try anything,” Kim Kardashian said last month during an interview in her enormous office here. It houses a photo studio, a showroom, a video room, offices for staff, her personal office, a glam room (where she gets ready for shoots), a model glam room (where models get ready for shoots), a conference room, a theater and more. “If you told me that I literally had to eat poop every single day and I would look younger, I might. I just might.”

As of yet, excrement is not one of the ingredients in Ms. Kardashian’s new skin care line.

But vitamin C, hyaluronic acid, niacinamide, glycolic and lactic acid, shea butter and squalene are among the more traditional ingredients you’ll find in SKKN by Kim, which will debut later this month. Skin care is a first for Ms. Kardashian, who is 41. (Previously, she sold fragrance and makeup through KKW Beauty and KKW Fragrance, both of which are defunct.) Her first nine products are a mirror of her own regimen, which is thorough indeed.

Why does the woman who brought the concept of contouring to the world want to start with skin care instead of, well, contouring for her return to beauty? Simple: Ms. Kardashian wants to show off the tone and texture of her own skin. Up close, it’s something to behold — glowing, hydrated and smooth.

“I wanted to just stay true to exactly what I use, even if everyone was saying this is overwhelming,” said Ms. Kardashian, who was wearing a black Balenciaga sweatsuit and black Yeezy foam pool slides with full glam — camera-ready makeup and straightened, platinum blond hair that’s down to her waist.

Despite being late to the zillion-step regimens popularized by Korean skin care brands, Ms. Kardashian is hawking a lengthy routine. Her nine-step system “might seem scary to some,” she said. “That’s why I’m here — to break it down, to be like, ‘They’re all necessary.’” If any step is to be eliminated, it’s the exfoliators (there are two), which, depending on your skin, don’t require daily use.

The SKKN products are considerably more expensive than most skin care, celebrity created or not. (A hyaluronic acid serum and a night oil cost $90 and $95.) Collectively, the nine items — cleanser, toner, exfoliator, hyaluronic acid serum, vitamin C serum, face cream, eye cream, oil drops and night oil — come to a total of $630. It’s a price that may be out of reach to many of her potential customers and 313 million Instagram followers. (All products are refillable, and replacement pods cost about 15 percent less than original packaging.)

Ms. Kardashian is not terribly concerned with people not being able to afford her skin care.

“It’s definitely more prestige, and in order to get the types of ingredients that I would not really miss out on, it was kind of a necessity,” she said. “The products I was using that were comparable were way more expensive, not to compare anything. I tried to get the quality for the best price that we could, especially the vitamin C serum.”

Ms. Kardashian’s office, stocked with beauty samples, is chaotic. Almost every surface is covered in product and packaging prototypes. The messy scene is at odds with the rest of her tidy multilevel work space. She offered a peek at planned products, which include makeup, perfume, bathroom accessories and housewares (“a lifestyle,” she said). Everything has a “stone effect,” and bottles, jars and more have a neutral color scheme, just like her shapewear brand Skims.

Ms. Kardashian’s appearance is a now decades-long source of fascination focused on her physique. The perpetual fluctuations and evolution of her weight, dramatic proportions, butt, waist, lips, cheekbones, hair and makeup are key to audience engagement.

“So many people want to act like they don’t care about how they look,” she said. “I’m not acting like it comes easier or it’s all natural. You just don’t wake up and use whatever. You wake up, you use ingredients. The P.R.P. facials, stem cell facials, lasers — all of that is work.”

Ms. Kardashian’s entire business is image, and she takes it seriously. Her net worth, estimated to be over $1 billion, is built on her body. Her face. Her look. Everything else is an extension of that. Her physical appearance and willingness to manipulate it is her career, whether it’s fitting into a dress or spending 18 hours dyeing her hair platinum.

She has been in the news for trying extreme beauty treatments for years. Remember when she posted a selfie of her bloody face after undergoing a “vampire facial”?

Ms. Kardashian is often credited with changing modern beauty standards, and that didn’t happen because of her allegiance to a particular cream or serum. She’s not a dermatologist or an aesthetician. Why, then, should anyone take her skin care products seriously?

“I think the credibility of knowing that I got the best advice ever and the best formulations from some of the people that I just respect the most,” Ms. Kardashian said. With Skims, she said, she wanted to find solutions she felt were missing in the marketplace. For her skin care line, she was looking for solutions to her everyday skin problems.

Over the years, Ms. Kardashian said, she has tried nearly every high-end skin-care product and treatment in the beauty aisle — built-in R&D for SKKN. To develop her formulas, she worked with Joanna Czech, an aesthetician and celebrity facialist who has her own skin care line.

Ms. Czech, who has more than 35 years of experience, advised on a skin care vocabulary (they don’t use the term “anti-aging”); taught Ms. Kardashian about different molecule sizes and versions of vitamin C; and helped reformulate products to comply with the European Union’s skin care regulations.

“There were not three trials of a product — there were 23,” Ms. Czech said, noting that achieving the optimal consistency for each serum, especially the oils, was the most challenging.

Ms. Czech, who said the products were “created from scratch,” added: “People don’t anticipate more from celebrities than olive oil.”

Most celebrity brands are little more than a famous face lending their name to a product and promoting it online, which makes it that much harder for the few celebrities who are actually involved in their companies. Kylie Jenner introduced Kylie Skin in 2019, an extension of her Kylie Cosmetics brand and was skewered online after she appeared to be wearing foundation in a video promoting her face wash; the same year, Kendall Jenner became an ambassador for Proactiv and met with backlash because the partnership was perceived as “inauthentic.”

But Ms. Kardashian remains unfazed by the public’s perception of celebrity and influencer lines. Consider what she did with Skims, a shapewear giant that, as of January, was valued at a staggering $3.2 billion.

Ms. Kardashian has similar sights for SKKN. “People might have assumed at the beginning that Skims was a celebrity clothing brand for sure,” she said. “I get that, but once they got the product, I think they realized that it was a product-based brand. I’ve been able to have access to skin treatments and stuff, and I’ve learned so much along the way. It’s like I’m sharing my solutions, like I did with Skims.”

‘The glow of a lifetime’

SKKN by Kim is Ms. Kardashian’s most ambitious venture in beauty, but it’s far from her first. Her earlier beauty lines were disparate ventures, not all of them successful. There was KKW Fragrance, a line of kitschy, emoji-themed perfumes; and KKW Beauty, a makeup collection.

She closed both: KKW Fragrance in April; KKW Beauty, last summer. The French beauty conglomerate Coty, which had a minority investment in KKW Beauty, will help expand SKKN by Kim internationally and be a resource for things like packaging, Ms. Kardashian said.

Vanessa Reggiardo, the general manager for the SKKN brand at Coty, said that the line had been tested extensively by consumers and is “formulated to care for all skin types, tones and textures at every stage of maturity, for use by both men and women.”

Ms. Kardashian plans to consolidate and eventually rerelease her other beauty and lifestyle products under a single SKKN by Kim brand. A new website, skknbykim.com, will be the only place to buy her new skin care. Next year, SKKN by Kim will be available at a major beauty retailer, she said. (Details are still being finalized.)

For now, potential customers will have to rely on online content and tutorials before ordering a $95 face oil, which, when mixed with the face cream, will give you, she said, “the glow of a lifetime.”

She wants to prove it.

After riffling through SKKN samples, Ms. Kardashian headed to the bathroom to wash her face and remove makeup from an earlier photo shoot. She put her mermaid-length hair in a giant claw clip and performed an abridged version of her nighttime skin care routine. She cleansed, exfoliated and patted her face with a mix of glow oil and face cream.

Does wielding that kind of influence ever become an albatross?

Asked about the controversy surrounding her significant weight loss to fit into her Met Gala dress, the same sheer, bedazzled gown Marilyn Monroe wore in 1962 when she sang “Happy Birthday” to President John F. Kennedy, Ms. Kardashian said: “To me it was like, ‘OK, Christian Bale can do it for a movie role and that is acceptable.’ Even Renée Zellweger gained weight for a role. It’s all the same to me. I wasn’t saying, ‘Hey everyone, why don’t you go lose this weight in a short period of time?’”

In her mind, it was about commitment, like that of a boxer who needs to make weight for a bout. She lost about 16 pounds in one month, through diet, a sauna suit and running twice a day. “I didn’t do anything unhealthy,” she said.

And if she didn’t make weight for the Met?

“I just simply couldn’t have gone, which wouldn’t have mattered,” she said. “It was just important to me to reach that goal.”

It was but one scene in Ms. Kardashian’s role of a lifetime — playing herself. And if there’s one thing Ms. Kardashian has shown her followers over the years, it is that she never gives up on a goal.