Kim Kardashian’s Kids ‘Love Having Pete Around’, Couple Is ‘Talking About the Future’: Source 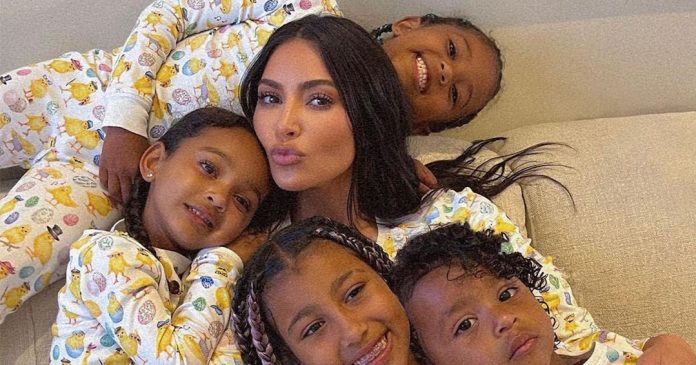 Kim Kardashian is “very happy” to see her kids getting along with boyfriend Pete Davidson.

The 28-year-old comedian, who was first romantically linked to Kardashian shortly after she hosted Saturday Night Live in October 2021, has “slowly been getting to know” her four kids, a source tells PEOPLE.

“Kim trusts Pete with her kids. He is starting to spend time with them without her. She wants her kids to bond with Pete,” says the insider, who notes that there is always security when Davidson takes the kids out. “Kim’s relationship with Pete is very strong. They are talking about the future. It’s very important to Kim that her kids get along with Pete.”

“They never tried to rush anything. He has slowly been getting to know them,” adds the source. “The kids love having Pete around. He is a fun guy. He plays with them and gives them a lot of attention. It makes Kim very happy that they all get along.”

The SKIMS founder filed for divorce from West in February 2021, after nearly seven years of marriage.

In a recent episode of The Kardashians, the mom of four opened up about co-parenting kids with West, explaining that she wants their kids to be able to spend ample time with their dad.

“No matter what we’re going through, I always want my kids to be around their dad as much as possible and just have their mornings with Dad and get dropped off at school,” she said in a confessional.

In April, Kardashian spoke about her ongoing divorce from the rapper in a conversation with Robin Roberts, sharing that she is  “really open and honest” with their kids about the split.

While Kardashian acknowledged that her “younger ones don’t really understand,” she noted that their older two kids “know what’s going on.”

“You have to just be there for them,” she said. “No matter what, even in this crazy life that we live, you just have to have a really open dialogue with your children. Kanye and I have had conversations. We have to talk daily for the kids so you know, I hate that it had to play out like that. But when it comes to family, I mean, Kanye and I will always be family.”