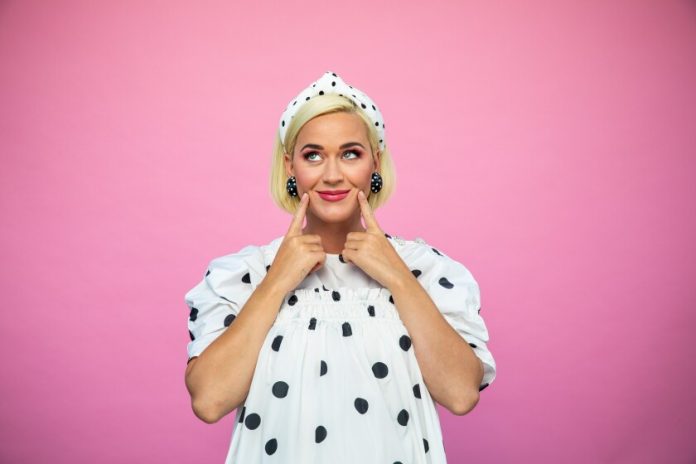 Katy Perry is an American singer-songwriter who was born in a conservative family and grew up under many restrictions. After singing in church during her childhood, she pursued a career in gospel music during her teenage years. Even though it was not allowed by her parents, Perry heard all kinds of music, which was provided to her by her friends, as she had an affinity for music right from the beginning. As an outspoken person, she stood by her desire to become a music artist and chased her dreams. She did not achieve success at the beginning and had to face a lot of obstacles before receiving her first major break. Many of her songs got shelved before she was signed by the ‘Capitol Records.’ Her second studio album ‘One of the Boys’ turned out to be a huge hit, marking a turning point in her musical career. Thus, she was launched as a singer and never had to look back ever since. Her next album ‘Teenage Dreams’ won the hearts of many music lovers and became one of the bestselling albums of all time. It created many records and cemented Katy Perry’s place as a prominent artist. Apart from writing and recording songs, Perry is also known for her philanthropic works. She is also an activist who promotes gay rights advocacy.

Katy Perry was born Katheryn Elizabeth Hudson on 25 October 1984, in Santa Barbara, California, to Maurice Keith Hudson and Mary Christine Perry. She has two siblings, an elder sister and a younger brother.

She and her siblings were brought up in a conservative manner with many restrictions. Only gospel music was allowed in her house. So she had to secretly listen to other forms of music, which was provided to her by her friends.

Her family struggled financially, sometimes using food stamps and eating from the food bank intended to feed the congregation at her parents’ church.

She began training at age 9, and was incorporated into her parents’ ministry.

She completed her General Educational Development (GED) requisites from the ‘Dos Pueblos High School’ when she was 15 years old. Then to follow a career in music she joined the ‘Music Academy of the West’ where she learned Italian Opera.

She was taken to Nashville in Tennessee by rock musicians, Jennifer Knapp and Steve Thomas, who recognized her talent as a singer. In Nashville, she was trained in song writing and playing the guitar.

She took dancing lessons and learned different forms of American dance, such as swing, Lindy Hop, and jitterbug.

She is the niece of film director Frank Perry.

Eventually, she shifted from gospel music to other forms of music and wrote songs in association with American songwriter Basil Glen Ballard, Jr. At the age of seventeen, she travelled to Los Angeles, but spent her initial days in Los Angeles without much of a success. She recorded a few songs with some music labels, but the albums were not released due to various reasons.

In 2004, Perry was signed to Ballard’s label, ‘Java,’ which was then affiliated with ‘The Island Def Jam Music Group.’

In 2005, the film ‘The Sisterhood of the Travelling Pants’ included a song sung by Katy Perry. She was also a backing vocalist for songs, such as ‘Old Habits Die Hard’ and ‘Goodbye for Now.’ In 2006, she was featured in the video of a song titled ‘Learn to Fly.’

She also played the love interest of her then-boyfriend Travie McCoy in the music video of the song ‘Cupid’s Chokehold’ by Travie McCoy’s rap rock band ‘Gym Class Heroes.’

She was introduced to the chairman and CEO of ‘Virgin Records’ company, Jason Flom by an acquaintance named Angelica Cob-Baehler, and in the year 2007, she signed a contract with the ‘Capitol Records’ company.

The release of the video ‘Ur So Gay’ in 2007 was aimed at introducing her to the music market. Subsequently, Madonna helped publicize the song by praising it on the ‘JohnJay & Rich’ radio show in 2008.

In 2008, her songs ‘I Kissed a Girl’ and ‘Hot n cold’ from the album ‘One of the Boys’ hit the music stores and they were received well by the listeners. The songs topped several music charts in many countries. The song ‘I kissed a Girl’ even topped the ‘U.S. Billboard Hot 100’ list.

Gradually, other songs of the album were released and were highly appreciated by music lovers, making the album a huge success.

In 2008, she was part of the ‘Warped Tour’ and the following year she went on the ‘Hello Katy Tour.’ In 2009, she even performed at the ‘No Doubts Summer Tour.’ Also, owing to the success she achieved, the ‘Matrix Record’ released her album, which it had dropped a few years back.

In 2009, her live music album named ‘MTV Unplugged’ was produced. It included five singles from the album ‘One of the Boys’ and also had two new songs. Perry was also featured in the remix version of the song ‘Starstrukk’ along with the band ‘3OH!3.’

She performed a duet of the song ‘If We Ever Meet Again’ along with Timbaland. The song was part of Timbaland’s 2010 album ‘Shock Value II.’

During the same time, she also appeared as a guest judge in shows like ‘American Idol’ and ‘The X Factor UK.’

In the later part of 2010, her song ‘Firework,’ which was part of the album ‘Teenage Dream,’ was released. Like the previous songs of Perry, this too became the number one song at the ‘Billboard Hot 100’ list. ‘The Recording Industry Association of America’ (RIAA) honored this song with 11x Platinum certification.

She appeared in the Christmas episode ‘The Fight Before Christmas’ of the show ‘The Simpsons.’ She introduced her perfume named ‘Purr’ to the market in the year 2010 and became an entrepreneur.

She made an autobiographical documentary titled ‘Katy Perry: Part of Me’ which hit the theatres in the year 2012. The following year, she came up with her fourth album ‘Prism’ which topped the ‘Billboard 200’ list.

In 2013, she reprised her role as Smurfette in the movie ‘The Smurfs 2,’ which was a sequel to ‘The Smurfs’ and both the films were commercially successful. The same year, she introduced her third perfume named ‘Killer Queen.’

In April 2013, she joined ‘UNICEF’ to assist children in Madagascar with education and nutrition. On December 3, 2013, she was officially named a ‘UNICEF Goodwill Ambassador.’

In 2014, she established a record label named ‘Metamorphosis Music’ under ‘Capitol Records.’

Perry appeared as herself in the film ‘Zoolander 2,’ which was released in February 2016.

Katy Perry has many successful songs under her belt. Some of them are ‘Dark Horse,’ ‘Birthday,’ ‘This Is How We Do,’ ‘Who You Love,’ and ‘Wide Awake.’

She appeared in the documentary ‘Katy Perry: Making of the Pepsi Super Bowl Halftime Show,’ which followed Perry’s preparation for her ‘Super Bowl’ performance.

She started writing songs for her new album in June 2016, and recorded an anthem titled ‘Rise’ for NBC Sport’s coverage of the 2016 ‘Summer Olympics.’

Perry performed at the ‘One Love Manchester’ benefit concert, which was dedicated to the victims of the 2017 Manchester Arena bombing.

In February 2017, Perry released the lead single ‘Chained to the Rhythm’ featuring Skip Marley from her fifth studio album, ‘Witness.’ The song reached number one in Hungary and number four in the United States. The album’s singles, ‘Bon Appétit’ and ‘Swish Swish,’ peaked at number 59 and 46 respectively in the United States.

Her album ‘Witness’ was released in June 2017 to mixed reviews, and debuted at number one in the United States.

She hosted the 2017 ‘MTV Video Music Awards.’ Perry signed a $25 million contract to serve as a judge on ABC’s revival of ‘American Idol,’ which premiered in March 2018.

In June 2019, Perry appeared in the music video of Taylor Swift’s song ‘You Need to Calm Down.’

Perry has publicly advocated LGBT rights. She supported ‘Stonewall’ during their ‘It gets better….. today’ campaign to prevent homophobic bullying. She also dedicated the music video of her song ‘Firework’ to the ‘It Gets Better Project.’

She has created four ‘Guinness World Records’ – ‘Best Start on the US Digital Chart by a Female Artist,’ ‘First Female with Five Number One US singles from One Album,’ ‘Most Twitter Followers,’ and ‘Singer to have Performed the Highest Rated and Most Watched Show in Super Bowl History.’

Throughout her career, Perry has sold more than 100 million records globally, making her one of the best-selling music artists of all time.

Katy Perry got married to actor Russell Brand in October 2010, but the marriage ended after two years. Later, she was in a relationship with singer John Mayer, but this relationship too was short-lived.

Perry has also been romantically linked to musician Diplo as well as actor Orlando Bloom. On February 15, 2019, she revealed her engagement to Bloom through an Instagram photo which displayed a flower-shaped ring.

She is associated with many charitable organizations, such as ‘UNICEF,’ ‘Keep A Breast Foundation,’ ‘The Humane Society of the United States,’ ‘MusiCares,’ ‘Young Survival Coalition,’ ‘Children’s Health Fund’ and many other organizations that work towards helping people suffering from cancer and HIV/AIDS.

The artist also promotes gay rights advocacy and believes that all humans, irrespective of their sexual orientation, should be treated equally.

She was ranked twice in the ‘Forbes’ list of ‘Top-Earning Women In Music.’ As of 2019, her net worth is estimated to be around $330 million.

Well-known producer and director Frank Perry is her maternal uncle.

As a teenager, Perry was exposed to various musical influences. One of her friends introduced her to the popular rock band ‘Queen,’ which remains as one of her favorite groups.

She can play acoustic guitar and electric guitar.

She wrote and sold songs to Kelly Clarkson and Jessie James Decker.