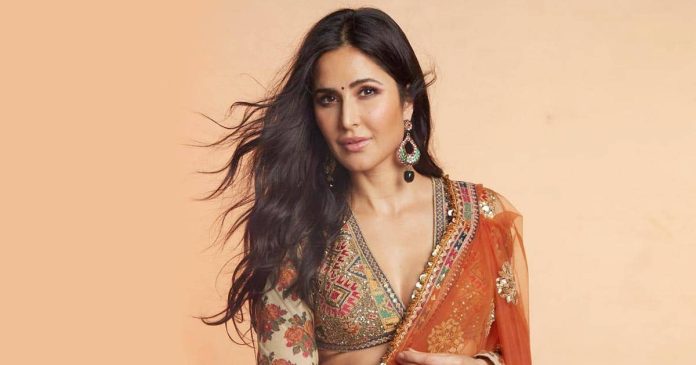 Katrina Kaif is a British actor who has appeared as the leading lady in a number of Bollywood films. As a foreigner, she had to go through intolerable levels of hardship to achieve fame. Since she could hardly speak Hindi when she made her film debut, she was criticized and written off by many critics. She then worked hard to improve her Hindi and went on to land prominent roles in Bollywood films. No one who has ever worked with her can deny that she is one of the hard-working people in the industry. Debuting with the multi-starrer crime thriller ‘Boom,’ she went on to appear in successful films opposite actors like Salman Khan, Akshay Kumar, and Ranbir Kapoor. She has also worked with many other Bollywood superstars, including Amitabh Bachchan, Shah Rukh Khan, Aamir Khan, and Hrithik Roshan. While she still does not have an Indian citizenship, she has earned a permanent place in the hearts of Indian movie fans, thanks to her charming on-screen presence as well as strong performances.

Katrina Kaif was born Katrina Turquotte on July 16, 1983, in British Hong Kong, to British businessman Mohammed Kaif and British lawyer and social worker Suzanne Turquotte. Her father Kaif is of Kashmiri descent. When her father moved to the US, leaving the family behind, her mother raised her and her seven siblings; elder brother Michael; elder sisters Stephanie, Christine, and Natasha; and younger sisters Melissa, Sonia, and Isabel.

Her mother moved from one country to another due to her charity work. Therefore, Katrina and her siblings were homeschooled. Her childhood was spent in places like Hong Kong, China, Japan, France, Switzerland, Poland, Belgium, and Hawaii. She then settled in London along with her family.

In 2003, she walked the ramp at ‘India Fashion Week’ for fashion designer Rohit Bal and was featured in the first ‘Kingfisher Calendar.’ She was dropped from the 2003 Mahesh Bhatt film ‘Saaya’ for her poor command over Hindi, but managed to bag a role in the Telugu film ‘Malliswari’ in 2004.

She started the year 2005 with a minor role in the political thriller ‘Sarkar,’ and later landed her breakthrough role in David Dhawan-directed romantic comedy ‘Maine Pyaar Kyun Kiya?’ which earned her critical acclaim. ‘Maine Pyaar Kyun Kiya?’ was her first of many films with Bollywood superstar Salman Khan. Next year, she starred in ‘Humko Deewana Kar Gaye,’ which turned out to be her first of many films with action hero Akshay Kumar.

In 2007, she cemented her place in Bollywood with four successful films; she starred opposite Akshay Kumar in ‘Namastey London,’ worked with the Deols in ‘Apne,’ teamed up with David Dhawan and Salman Khan for ‘Partner,’ and appeared in ‘Welcome,’ starring alongside an ensemble cast including Akshay Kumar. After playing roles in commercially successful films, she started landing prominent roles in several other films.

In 2008, she worked with Saif Ali Khan and Akshaye Khanna in Abbas-Mustan’s action thriller ‘Race.’ She then starred opposite Akshay Kumar in ‘Singh Is Kinng,’ which earned her mixed to negative reviews. She was praised for her portrayal of a cello player in her next film ‘Yuvvraaj’ opposite Salman Khan, but the film failed at the box office.

She then appeared in Kabir Khan-directed spy thriller film ‘New York,’ which starred John Abraham and Neil Nitin Mukesh, and released in 2009. The film achieved critical and commercial success, while Katrina Kaif was praised for her acting. She was also nominated for ‘Filmfare Best Actress Award’ for the first time.

In 2009, she made a guest appearance in Akshay Kumar-starrer ‘Blue,’ and starred opposite Ranbir Kapoor for the first time in the successful comedy film ‘Ajab Prem Ki Ghazab Kahani.’ She also appeared in another comedy film titled ‘De Dana Dan.’

She became part of the ensemble cast featuring Ranbir Kapoor, Ajay Devgn, Arjun Rampal, Nana Patekar, and Manoj Bajpai in the 2010 blockbuster political thriller ‘Raajneeti.’ Her performance in the film received positive reviews. That year, she teamed up with Akshay Kumar for the comedy film ‘Tees Maar Khan.’ Though the song ‘Sheila Ki Jawani,’ which was part of the film, became an overnight sensation, the film failed at the box-office.

In 2011, she was paired opposite one of her favorite Bollywood actors Hrithik Roshan in Zoya Akhtar’s award-winning comedy drama ‘Zindagi Na Milegi Dobara.’ Later that year, she earned another ‘Filmfare Best Actress Award’ nomination for her role in the film ‘Mere Brother Ki Dulhan.’

Following a special appearance in the song ‘Chikni Chameli’ from the 2012 Hrithik Roshan-starrer ‘Agneepath,’ she acted opposite Salman Khan in the spy-thriller ‘Ek Tha Tiger.’ She then appeared alongside superstar Shah Rukh Khan in Yash Chopra’s film ‘Jab Tak Hai Jaan.’

In 2013, she played the role of a circus performer opposite Aamir Khan in the blockbuster action thriller ‘Dhoom 3.’ In 2014, she was cast opposite Hrithik Roshan in ‘Bang Bang!,’ the official remake of American action comedy film ‘Knight and Day.’

In 2015, she was seen playing ‘Nawaz Mistry’ in the action-thriller film ‘Phantom,’ which starred Saif Ali Khan in the lead. The following year, she appeared in two films, namely ‘Fitoor’ and ‘Baar Baar Dekho.’

In 2019, Katrina Kaif teamed up with Salman Khan and Ali Abbas Zafar for the drama film ‘Bharat’ which was based on the 2014 South Korean film ‘Ode to My Father.’ The same year, she was cast alongside actors like Akshay Kumar, Ajay Devgn, Ranveer Singh, and Gulshan Grover in an action film titled ‘Sooryavanshi.’

Katrina Kaif’s 2013 film ‘Dhoom 3’ became the highest-grossing Bollywood film at the time. It grossed around 589.2 crore rupees worldwide. Some of her other films, which were also box-office hits, include ‘Raajneeti,’ ‘Zindagi Na Milegi Dobara,’ ‘Ek Tha Tiger,’ and ‘Jab Tak Hai Jaan.’

Katrina Kaif has received multiple awards, including ‘Stardust Awards,’ ‘IIFA Award,’ ‘Screen Awards,’ ‘Zee Cine Awards,’ and ‘Star Guild Awards.’ She has been named the ‘World’s Sexiest Woman’ by ‘FHM’ magazine on multiple occasions, and was named the ‘Most Beautiful Woman’ in India by ‘People’ magazine in 2011.

Katrina Kaif, who adores superstar Salman Khan for being a huge influence in her professional as well as her personal life, dated the actor between 2003 and 2010. Their relationship suffered when her closeness with actor Ranbir Kapoor was revealed by the media.

Katrina and Ranbir denied the relationship rumors. However, pictures of them spending a holiday together in Ibiza were leaked by ‘Stardust’ magazine in 2013. It was reported that the two broke up in 2016. She then sparked relationship rumors when she posted pictures of Salman Khan on social media while shooting for a film with Khan.

While Katrina Kaif has maintained that she adopted her estranged father’s surname to connect with the Indian audience, Ayesha Shroff, the producer of her debut film ‘Boom,’ claimed that the surname was made up. According to her, Katrina considered the surname ‘Kazi,’ but finalized ‘Kaif’ to avoid sounding too religious.