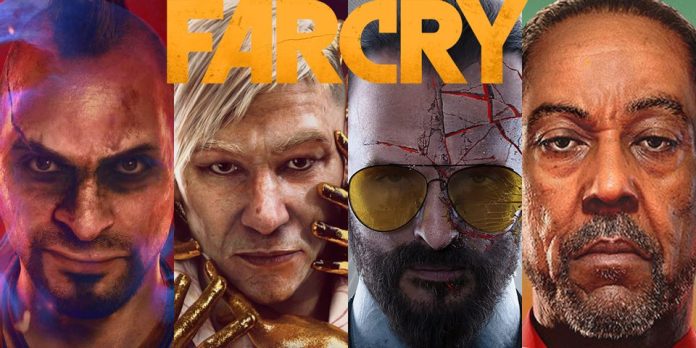 Far Cry 6, through its base game and DLC, is connecting all the games like they’ve never been before, and the reason why may be Far Cry 7.

Far Cry 6’s interesting season pass, which allows players to play past franchise villains, is keeping fans coming back for now, but eventually, Ubisoft will move on to the next entry. Fans can reasonably expect it soon, as the franchise has only skipped 3 years out of the past 10. If it were following the same pattern, then it would be an unnumbered entry similar to Blood Dragon, Primal, and New Dawn.

That said, many are expecting Ubisoft to take Far Cry 7 in the same direction as Assassin’s Creed Infinity—that is, crudely, a hub of sorts that houses all future content within a live service model. Far Cry 6’s base game shows how some of this could work, like special operations, but largely it’s a question mark if it even happens. However, beyond that, the Villains DLC for Far Cry 6 is doing a lot of legwork to bring a cohesive universe to a potential live-service Far Cry game (which would be beneficial if it were telling a bigger story).

The thing is, Far Cry’s timeline is convoluted if someone tries to piece it together. There are key months and events known to the franchise, but there are also “alternative universes” to consider too. For the most part, it’s been best to consider Far Cry as an anthology—thematically connected but overall independent games. A good example of this, which has never been clear, is The Collapse in Far Cry 5.

Specifically, The Collapse sees the world and particularly the United States fall to nuclear war. New Dawn builds on this idea directly, but Far Cry 6 is dated AFTER The Collapse supposedly happened. Yet, in an alternate ending to Far Cry 6, Dani can travel to the U.S. and it’s all okay. One could argue that The Collapse is also set on another timeline or that Far Cry 6 actually happens before, but the best idea thus far has been to just think of them, again, as unconnected games. Except Ubisoft clearly doesn’t want fans doing that anymore.

At first, the Far Cry 6 Villains DLC seemed like it could have been a gimmick—playing as these villains with no real consequential DLC would have been inviting enough. However, the base games and DLCs have been slowly and surely drawing lines for what may become some “master” timeline for Far Cry. After beating Far Cry 6’s base game, for example, players can hear Vaas talking to Juan about smuggling Viviro. At first, it’s really hard to justify how this happens and could seemingly imply Far Cry 6 happens earlier than FC3.

However, Vaas’ DLC reveals that Vaas escaped alive in Far Cry 3. Jason Brody didn’t kill him, something many fans have believed for years. Vaas has clearly spent some time dealing with his demons, which results in Vaas actually beating Citra and Jason Brody in the end. It appears now that, in connecting these dots, Vaas survives, eventually returns to smuggling, and begins smuggling Viviro for Juan at some point.

The main timeline details how Anton Castillo’s election to Yaran president takes place in the same year as the events of Far Cry 4. That’s not a real connection, but the aforementioned Vaas-Juan relationship is a big enough connection between Far Cry 3 and Far Cry 6. Then, Pagan Min’s DLC comes in with another major reveal. Pagan Min, whether on vacation or dead, leaves a message for Ajay Ghale. It turns out that, due to American’s interference in Kyrat, Pagan Min has a nuclear missile pointed out Montana underneath the palace.

And, following this pattern, Joseph Seed’s DLC will no doubt have a secret ending for beating it on the hardest difficulty, and it may somehow draw a connection between itself and FC3, FC4, and/or FC6. It might even explain if The Collapse is in the same universe and/or somehow justify The Collapse with other events. While it remains to be seen, Far Cry 6’s Joseph Seed DLC will somehow connect new dots for the franchise.

This could be done just to have a unified timeline, or timelines maybe, but a solid series of events could be established, canonized, and used in Far Cry 7 to create a connected, compelling live-service game utilizing these events and new ones. This is likely the main reason Ubisoft is now connecting the Far Cry Universe, and it’ll be interesting to see what comes of it. No doubt, many are not wanting more live-service games and that’s totally understandable, but it makes more sense for Far Cry than it does Assassin’s Creed.