How Rich Is Pete Davidson? 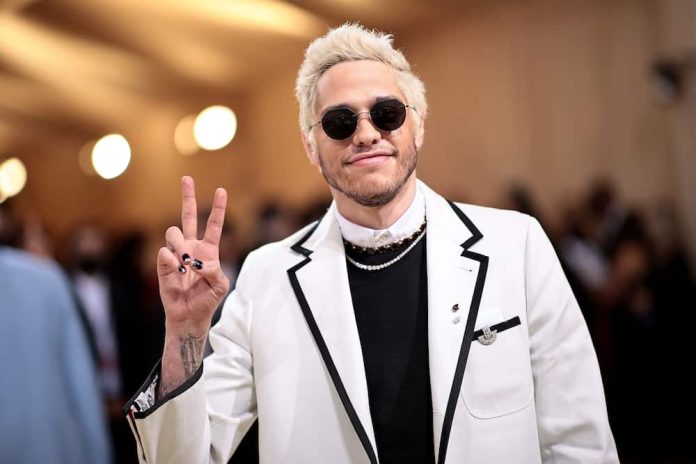 Pete Davidson has been a fixture on “Saturday Night Live” since 2014. In addition to being a comedian, he is an actor, screenwriter and producer.

See: How Rich Is Kim Kardashian?

Although it was announced on March 14, 2022, that the comedian would be one of the six-member crew for the 20th launch of Jeff Bezos’s Blue Origin ship, a tweet from the company on March 17, 2022, shared that a launch delay would keep Davidson out of orbit.

Being stuck on Earth shouldn’t slow him down. Davidson is considered to be a formidable, and sometimes controversial, comedic force, especially for one being so young, his penchant for dating famous women has also kept his name in the public eye.

As a cast member of “SNL,” Davidson earns between $15,000 and $25,000 per episode he appears on, so it is possible for him to earn around $500,000 per year. However, his “SNL” salary is augmented by film work and other entertainment endeavors, and his net worth is $8 million, according to Celebrity Net Worth.

Davidson was showcased on Comedy Central’s “Gotham Comedy Live.” While continuing with his stand-up, he had a small role in “Brooklyn Nine-Nine” before being invited to join the cast of “SNL.”

He has appeared in the films “What Men Want,” “The Dirt,” “The Angry Birds Movie 2” and “The Jesus Rolls.”

In 2020, Netflix unveiled his stand-up special “Alive from New York” on Netflix. That same year, he starred in “The King of Staten Island,” a semi-autobiographical film he co-wrote, that was directed by Judd Apatow.

Peter Michael Davidson was born on Nov. 16, 1993, to Amy and Scott Davidson in Staten Island. His dad was a firefighter who was killed in service on Sept. 11, 2001. Davidson said how deeply his father’s death affected him and that he suffered from anxiety and acted out in school as a result, Celebrity Net Worth reported. He graduated from Xaverian High School in 2012. When he was 16 years old, tried stand-up for the first time at a local bowling alley and liked it.

He attended one semester at St. Francis College in Brooklyn Heights, N.Y., before leaving school to pursue his dream.

Davidson appeared on some MTV reality programs, including “Guy Code” and “Nick Cannon Presents: Wild ‘N Out.” A bit part in the film “Trainwreck” connected him to two important people. Director Judd Apatow, who would later direct his semi-autobiographical film “The King of Staten Island,” took notice of the young comedian. So did the film’s co-star, Bill Hader, who introduced him to “SNL” creator Lorne Michaels.

At the age of 20, Davidson was hired on “Saturday Night Live,” making him one of the youngest cast members ever to be brought on to the iconic program, according to ET Online.

While Davidson has a prolific dating life, he has not yet been married or had children.

He previously bought a house with his mother, where he stayed in his own space in the basement, according to Inman. However, in 2021, he bought a two-bedroom apartment in Staten Island for $1.2 million where he now lives alone.

Pete Davison can be seen on this season of “SNL.” It remains to be seen whether his current paramour outlasts the season.