How Rich Is Kim Kardashian? 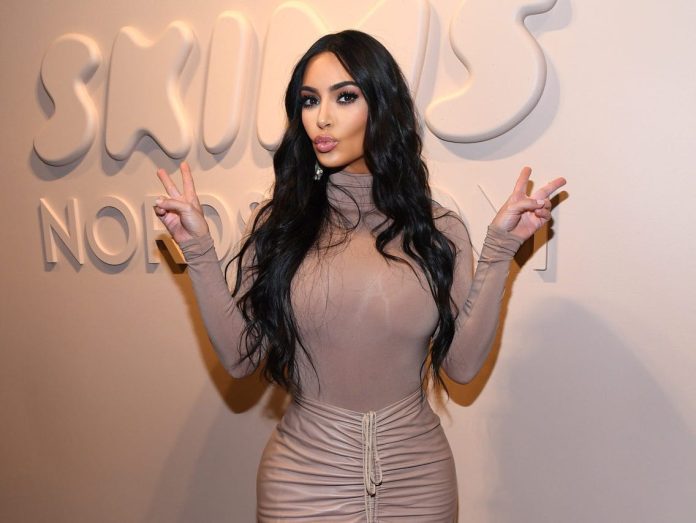 Kim Kardashian is back on the television screen in the new Hulu-exclusive series, “The Kardashians,” airing today, April 14, on the popular streaming service. Kim made the Forbes World’s Billionaires list for the first time in 2021 and rose even higher on that list as her lingerie company, Skims, doubled in value to reach a $3.2 billion valuation. The brand, which she started in 2019, jumped in value in just nine short months.

Forbes notes, with this update, Kim’s net worth jumped $600 million to land at $1.8 billion. Her estimated annual salary at somewhere between $50 million and $80 million per year, according to Celebrity Net Worth. Her net worth skyrocketed in recent years with the launch and success of both Skims and KKW Beauty.

In 2017, Kardashian’s net worth ranked at just $175 million, enough to make her the richest Kardashian at the time, according to Forbes. By 2021, Kardashian had a highly successful cosmetics line plus a stake in Skims, a shapewear company, and a lucrative mobile game, “Kim Kardashian: Hollywood,” under her belt. These endeavors along with endorsements, appearance fees, Instagram sponsorships and her career as a reality TV star landed her on the Forbes list of billionaires.

A savvy businesswoman, Kardashian sold a 20% stake in KKW Beauty for $200 million, which gave the company a valuation of $1 billion following the fundraising round. In 2019, Kardashian followed up her successful beauty line with Skims shapewear, launched with the help of $5 million in seed money from the venture capital firm Imaginary Ventures, according to Celebrity Net Worth. By 2021, Skims had achieved a valuation of $1.6 billion following a successful funding round worth $154 million. In January of 2022, Skims secured $240 million in financing, doubling its value to $3.2 billion, according to Forbes.

Kardashian started her reality TV career earning just $15,000 per episode for her role on “Keeping Up with the Kardashians.” By the end of the show’s 20 seasons, she was earning half a million per episode, according to Celebrity Net Worth. In 2015, she earned $53 million from the TV show and her various pursuits, making her the highest-paid celebrity on the planet that year.

In addition to her retail brands, Kardashian makes substantial income from Instagram, collecting $300,000 to $500,000 per paid post, with some garnering as much as $1 million, Celebrity Net Worth reported. The site estimated her Instagram earnings to total $1 million to $2 million each month.

She also earns residual income from downloads of her mobile game, which has generated $200 million in revenue, according to Celebrity Net Worth. The site says a hefty 28% of those earnings go straight to Kim Kardashian.

Kardashian purchased a $4.8 million Beverly Hills mansion in March 2010. The five-bedroom home sits on four acres of some of the world’s most expensive land, Celebrity Net Worth reported. She and soon-to-be ex-husband Kanye West own a $60 million home in the gated community of Hidden Hills, California. The couple purchased it from Lisa Marie Presley in 2014 and spent two years remodeling it — only to re-do it in 2016. The three-acre property includes two swimming pools, two spas, a vineyard, a basketball court and, of course, a mansion.

How Kim Kardashian Spends Her Money

While Kim Kardashian has made some smart real estate purchases and sales in the past decades, she’s also willing to splurge on luxuries. Celebrity Net Worth reported that she and then-husband Kris Humphries once stayed in the Presidential Suite of the Ganesvoort Hotel in New York to the tune of $7,000 per night.

Kardashian also splurged on a $2.5 million 65-carat sparkling diamond headpiece for her wedding to Humphries. On the big day, she also sported a $2 million, 20.5-carat diamond engagement ring and $5 million 28-carat diamond earrings.

Her taste in vehicles runs toward the less extravagant. MotorTrend reported that she has driven Rolls-Royce, Bentley and Ferrari vehicles without a lot of cosmetic or engine modifications to set them apart. Her newest vehicle for 2021, a silver Cadillac Escalade, is painted in KK Silver, a custom color, and the chassis rides low over custom 26-inch monoblock-style wheels, MotorTrend reported. MotorTrend didn’t disclose the price of Kardashian’s custom Caddy, but the Premium Luxury Platinum edition, without custom mods, lists for more than $105,000 on the Cadillac website.