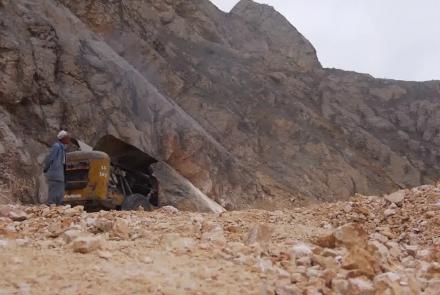 The high rate of taxes on mine extraction has affected the mining process in Afghanistan, the investors said on Sunday, adding that they are not willing to invest in mines.

The chamber of industry and mines criticized the decision of the Ministry of Mines and Petroleum, which boosted the taxes on mine extraction in the country.

“These bargains are not going very properly. This is not in the interest of traders, mining and the country,” said Ezatullah Haqmal, head of the mining union in eastern Afghanistan.

An official at the chamber of industry and mines said that the new decision would provide a good income for the government in a short period of time but would also severely affect mine extraction.

Geologists believe that the Islamic Emirate should consider a balance in taking new steps to improve the mining process in the country.

“A balance should be observed in taxes which is not too high and not too low that can benefit the government and the private sector,” said Abdul Baqi Rahmani, a geologist.