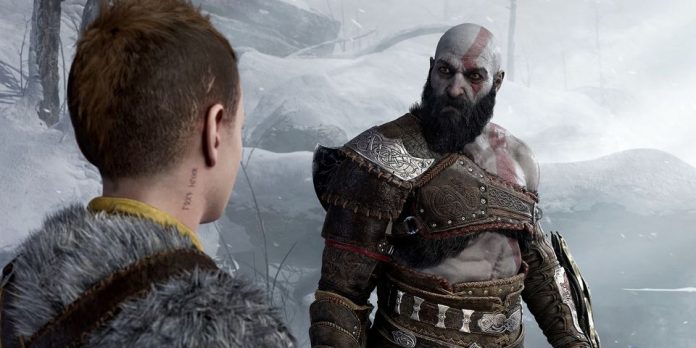 God of War Ragnarok’s release date reveal was supposedly planned for earlier this week, but it was reportedly delayed by Sony.

Industry insider and Bloomberg journalist Jason Schreier took to the Resetera forums to confirm that Sony had planned on announcing the God of War Ragnarok release date yesterday, June 30. This would have also allowed PlayStation fans to finally pre-order the highly-anticipated game, presumably along with its leaked Collector’s and Jotnar Editions. However, Sony reportedly made the decision to delay the God of War Ragnarok release date announcement for unknown reasons. Schreier speculates that it could have been due to the Supreme Court’s controversial decision to overturn Roe v. Wade.

While this is just speculation, it does make a great deal of sense when one looks at Sony’s history of pushing things back in response to major political and historical events. As some may recall, Sony delayed the PlayStation 5 reveal in the wake of George Floyd’s murder and the worldwide Black Lives Matter protests that followed. The Supreme Court’s decision to overturn Roe v. Wade similarly triggered protests, so maybe Sony wanted to wait for a less tumultuous week to give God of War Ragnarok the spotlight.

Schreier’s post on Resetera then reiterated that the God of War Ragnarok release date is “still on track for November.” While Sony has not provided an official release window or specific month for God of War Ragnarok’s release date, a November launch has long been rumored. “People working on it say it’s huge and seem to be pretty excited about it. Reminds me of the buzz I was hearing before the 2018 one.”

Regardless of why Sony decided to push back the God of War Ragnarok release date reveal, the good news is that it seems fans don’t have to worry about the game being delayed to 2023. The only question is when exactly in November God of War Ragnarok will launch so fans can mark their calendars accordingly. Of course, things could change between now and when Sony decides to announce the release date, and that’s something fans should keep in mind before getting too excited.

Whenever Sony does announce God of War Ragnarok‘s release date, it will be interesting to see if the reveal is accompanied by a fresh look at the game. As it stands, Sony hasn’t released much in the way of God of War Ragnarok gameplay trailers, though that might be by design to keep the game’s big story moments secret.

God of War Ragnarok is expected to launch later this year for PS4 and PS5.