From Cambridge to Canada – An Extraordinary Love Story by Ellie Reynolds 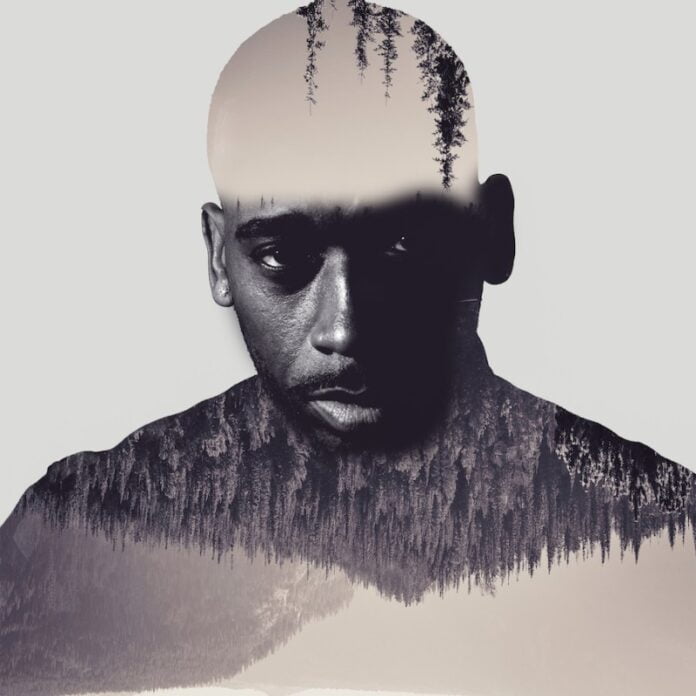 I met Charles on a Friday night in a hostel, in a cool little ski town, in the mountains of British Columbia. I was playing cards in the lobby with three other hostel guests. We were all in our twenties, from various countries, all a little transitional, a little lost – but happy to have some company in a town where we didn’t know anyone.

When he entered it was around 10 pm, and I turned around and saw him. He was older, with some gray hair, wearing a big black coat and worn work jeans. He was black, an unusual sight in that part of the world. He was very tall, slim, and sounded American; his entrance altered the energy in the lobby. What was such a man doing checking into a hostel by himself at such a late hour? He joked with Alex, the German girl who worked at the desk while they went through the motions of check in. When she asked him for a driver’s license as a deposit to hold the key, I heard him answer, “What?! Are you sure you don’t also need my first-born son!” Aha, I thought, he has a son! What else can I learn?

He smiled at us on his way toward his room, I asked if he cared to join our card game. He did. A week later, our same group caught the world’s longest free ferry across Kootenay Lake, carrying overnight backpacks, whiskey, and sleeping bags. I also hauled along a battered old guitar I had found in a pawn shop in Victoria. The man we’d met at the hostel was waiting for us on the other side. He lived on what was known as the East Shore, about an hour’s travel away across a ferry from the ski town where we’d met. After the fun of playing cards that night, and before we all turned in, he had invited us all to visit his place, and we all accepted. All of us wanted to know more about this man.

I had exactly one week left of a three months long trip from England. I had traveled on the coast and the Gulf Islands, volunteering on organic farms for room and board. After an intense three years getting my BA at Cambridge, I wanted to escape and sink my hands into the soil for a while. My father had wanted me to hurry up and begin my post grad year at teacher’s college, so I could join the family tradition. But I had stalled and got on a plane. It had been both a fun and a confusing trip for me – I had mostly travelled with my long-time male friend, and my secret master plan was that the trip would shift our friendship into its inevitable next gear. But he had made it clear to me over a campfire at French Beach two days into our adventure, that he didn’t feel the same about the ‘gear shift’. Still, we continued to adventure together. He had gone back to England some weeks before, leaving me alone. I left the run down dairy goat farm on Pender Island, where I was staying in a dilapidated travel trailer in the biting November rain, and caught a Greyhound bus into the interior with only my departed friend’s recommendation that I would like this small but famous ski town.

After loading his old maroon colored SUV with our stuff, our hostel friend drove along a narrow rural highway that hugged the lake, and up an incredibly long bumpy driveway that ended on top of a hill. His large, self-built house sat on this hill top – three adjoining hexagonal pods with a bright blue metal roof. That night we drank whiskey, played cards, listened to music and shot pool. At some point as it was getting late, I sat on the floor beside the chair where he was sitting. I looked up at him. He looked down at me. We sat like that for a long time, falling in love. The rest of the room faded. Eventually he leaned a little closer to me and said quietly but confidently, – ‘Yes. I do like you’.

I don’t remember much about how that evening ended, except that he kissed me, and Tracy Chapman’s song ‘All That You Have is Your Soul’ seemed to be playing on repeat in the background.

The next day everyone else left for the ferry. I didn’t go with them. Somehow this man with very few words, had invited me to remain. He made it plain that he liked and wanted me, without applying any pressure or expectations. Why not spend my last week in Canada with this man in his hexagonal house? An intelligent and mature man, who showed me welcome respectful attention.

He waited until after we had made love for the first time to reveal his age. He was thirty-six years older than me. I knew he was older, but this confession took my breath away. But nothing about this man was known territory, and everything seemed permissible, given the surreal situation and the discovery of our attraction. As I began to feel at ease enough to ask questions, he told me that he had been divorced long ago while still living in Colorado. He had come to Canada as a newly single parent, welcomed through the immigration process by a country eager for his skills in electronics. His son was a few years older than me. In this previous life he had been Corporate and very wealthy, but walked away from it all during the divorce, which took years and had been bitter. As I walked around his unfinished house, I noticed bookshelves filled with books on black history, Biblical theology, nutrition, and how to build houses. No fiction.

On a walk in the bushy back-country behind his house he asked if perhaps I would like to stay on a while with him and help develop the property (it was large, rocky, steep, with poor soil but fabulous views). A radical invitation, delivered casually, again, without pressure.

Six days later he drove me to catch the Greyhound bus to Calgary, where I would board a flight home to London. Both of us did some silent crying in the dark of the SUV on the deserted icy lake road to town. During our six days together we had barely left the bedroom but to go for walks, and forage for more wine and snacks downstairs. A glorious holiday romance before the next chapter of my ‘real life’ began back home – or not. Love had showed up suddenly and we had held nothing back from one another. It took us both by surprise. I felt I had been steered into his way, and now had to deal with the consequences.

On my flight back to Heathrow the voice that had told me to find a way to be alone with this man, now confirmed for me; there wasn’t a choice but to find a way back to him.

I spent one month in my parent’s house back in London. The news of my sudden love for this older man, and my intention to return to Canada was, naturally, shocking to them. My mother was devastated. She told me that my lover’s youthful appearance was an illusion. Fifty-eight was too old, Canada was too far, I would naturally end up his caregiver, and by then it would too late to untangle myself. She could barely look at me, her hurt was agony for me to witness.

My friends stared at me wide eyed. But they agreed, if I said this man was okay, he was okay with them. But still, jeezus Ellie, are you SURE? Guys I had previously been attracted to but who had never returned my interest, suddenly showed me attention.

My great aunt told me I must not go back. She had seen too many women end up as caregivers for their older partners. However, when I showed her a photo of him her face changed – “Oh Ellie, I see now! He’s beautiful. He reminds me of our family… I can even see some Jewish in him.”

One night I called my lover in tears and said I couldn’t come back to him. After a particularly painful conversation with my mother at the kitchen table, I felt I couldn’t bear to leave. Later that night my father held me while I sobbed, telling me tenderly that he could see I’d truly felt ‘met’ by my new love, and much as it pained him, I had his blessing to go back. Later, my mother also took a deep breath, pushed down her hurt, and declared that if I was in love, I should go back to him without delay. I would always be welcome to come home.

I spent the last funds in my bank account on a return flight and called to tell him the news. That night, I lay in my single bed in my childhood room in my parent’s house – twenty-two years old. I was shaking, but I talked gently to myself in a new more adult voice – I told myself to be brave, that I was brave.

I had never lived with a man before, never even lived with a friend. I had been with my family until I went to University, and then had been in large dorm buildings, not intimate shared houses. I had no idea what I was really going back to – my lover had become a voice on the phone, a set of unreliable memories. There was no ‘dating’ here. We went from strangers to fully cohabiting lovers with nothing in between but a trip across the Atlantic.

Twelve years, an immigration emergency, two weddings, and three children later, we still live together in the hexagonal house on the hill by the lake.