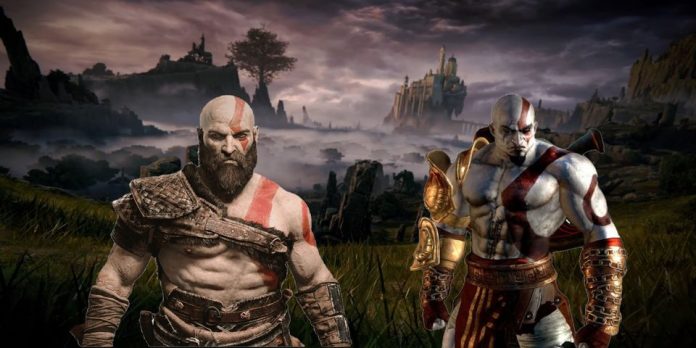 An Elden Ring player models their Tarnished after the Greek version of God of War’s Kratos only to run into the Norse version online.

In the months since the game released, dozens of memorable Elden Ring character creations have appeared online. While seeing these posted on their own is always fun, it is even more entertaining when Elden Ring tribute characters interact – especially when both are based on characters from the same brand.

Something similar has already happened in the past, as two Disney-owned characters did battle in an intense PvP match. A spell-wielder dressed as Doctor Strange battled the fearless Obi-Wan Kenobi in Elden Ring, and while both characters killed each other at the same time, their two unique styles coming together made for a thrilling encounter. Now, an even more interesting meetup has taken place, as two versions of God of War’s Kratos have gone toe-to-toe.

Over the years, plenty has been said about which version of Kratos would come out on top if the two ever clashed. The Greek version of the character was truly ruthless, and his unbridled rage combined with extra speed and power could make him a tough competitor. However, the older Kratos that has spent time in the Norse world is far wiser, and the fact that he has something to lose in Atreus could make him more dangerous. Recently, fans got to see the two versions of the Ghost of Sparta together within Elden Ring, sparking the debate yet again.

The photos come courtesy of Reddit user KingWhuck, and both gamers nailed their designs. The older Kratos is slightly thinner and boasts a large beard alongside some shoulder armor, while the younger version is just as spot-on since they are shirtless and can be seen rocking a goatee. If that was not enough, the young Kratos is even holding two blades that clearly resemble the iconic Blades of Chaos. While it is not visible in the image, it can be assumed that the older Kratos wields an axe of some kind in combat.

Unfortunately, fans have no idea who won this Elden Ring PvP encounter, as only the images were provided and no details were shared about the encounter in the comments. Alongside praise for the designs and sliders for the young version of Kratos, fans were quick to debate which iteration of the God of War would win in the comments section. Others shared their hopes to see Kratos battle his younger self in an official capacity during God of War Ragnarok, an event that would surely be a bloodbath even if it only takes place inside Kratos’ mind.

With God of War Rangarok set to release this year, fans will not have to wait long for a new adventure starring Kratos. Until then, fighting through the Lands Between as either version of the ash-covered character seems like a good way to kill some time.