Benjamin Geza Affleck-Boldt or more famously known as Ben Affleck is an American movie star, director, scriptwriter and producer. He started acting at a very young age by staring in teleseries like ‘The Voyage of the Mimi’. It was in his high school that Affleck met his best friend, co-star and co-writer Matt Damon, with whom he co-wrote the script for the biggest movie of his career ‘Good Will Hunting’. They both received an Oscar and a Golden Globe for its scriptwriting. Affleck has acted in many movies like ‘Pearl Harbor’, ‘Armageddon’, ‘The Sum of All Fears’, ‘Changing Lanes’, ‘Smokin’ Aces’, ‘Gigli’, ‘He’s Just Not That into You’, ‘Extract’, ‘Forces of Nature’, etc. He made his directorial debut with the movie ‘Gone Baby Gone’ and directed and wrote the script for movies like: ‘The Town’ and ‘Argo’. He received a Golden Globe and BAFTA for his directional skills for ‘Argo’. In 2016, he was roped in for the role of Batman for the ‘Batman’ series. He has also starred in the thriller ‘The Accountant,’ the sports drama ‘The Way Back,’ the psychological thriller ‘Gone Girl,’ and the action-adventure ‘Triple Frontier.’ He is also the co-owner of the production company ‘Pearl Street Films.’ He is the co-founder of the ‘Eastern Congo Initiative,’ an advocacy-based nonprofit and grantmaking organization.

Ben Affleck was born on August 15, 1972, to Timothy Byers Affleck and Christine Anne Affleck. His father dabbled into a lot of jobs before he finally became a photographer. His mother was a school teacher in Cambridge, Massachusetts. He has a younger brother called Casey Affleck who is also a movie actor.

Soon after his birth, his parents separated and they were officially divorced in 1984. After the divorce, Affleck and his siblings moved to Massachusetts.

Affleck was always interested in acting and did little stints like appearing in a Burger King advertisement. In 1984, he got a role in PBS miniseries called ‘The Voyage of the Mimi’. It was a science show that showed the crew of Mini exploring the ocean.

Affleck attended Cambridge Rindge and Latin School and here he met his co-star, co-writer and a close friend Matt Damon, who was two years older to him. They spent their time together doing underage drinking and smoking pot before Affleck got his substantial roles in ‘Buffy the Vampire Slayer’ and ‘School Ties’. In 1990, he got his major role in the cult classic called ‘Dazed and Confused’.

These were the early years when he made association with the director and writer Kevin Smith and starred in his movie ‘Jersey Girl’. He also made an appearance in Smith’s every ‘View Askenwniverse- Jersey’ film. Also, in the beginning of his career he appeared on several ‘Saturday Night Live’ episodes.

It was in 1997, when Affleck made a big name for himself along with his actor and close friend Matt Damon. The movie was actually a play written by Damon when he was at Harvard and he showed the play to Affleck. They both turned it into a screenscript. They both later acted in the movie which was a story about a complicated math genius who is a janitor at MIT.

The script that both Affleck and Damon wrote together was bought by Harvey Weinstein for a million US dollars and the movie was nominated for Oscar Awards and won two, including the category of Best Original Screenplay. The success of the movie turned Affleck into an international celebrity overnight.

In 1998, Affleck bagged the role in an action movie called ‘Armageddon’ along with known Hollywood stars like Bruce Willis and Liv Tyler. The movie received mixed reviews but it was a commercial success.

In 1999, he worked with Sandra Bullock in ‘Forces of Nature’, which was a romantic comedy.

In 2000, Affleck did a small role in ‘Shakespeare in Love’ with his on and off girlfriend Gwyneth Paltrow.

In 2001, Michael Bay, the director from ‘Armageddon’, again took up Affleck for his big feature ‘Pearl harbor’. The movie was a huge commercial hit but failed to get much credit from the critics.

In 2002, ‘The Sum of All Fears’ saw Affleck in the role of ‘Jack Ryan’. The movie is a techno-thriller that had people like Harrison Ford and Alec Baldwin feature in its older versions.

In 2003, he acted in the flick ‘Daredevil’. It was the movie version of the famous comic series and it was Affleck’s favorite since he was a little boy. The movie starred his future wife Jennifer Garner in it and did very well commercially. In the same year, he starred in ‘Gigli’ and the following year, in ‘Surviving Christmas’. Both the movies did not do very well at the box-office and were critically unapproved.

In 2006, Affleck starred in HBO series called ‘Hollywoodland’, which was a biopic on the critically acclaimed and famous artist George Reeves. He received the Best Actor award at the Venice Film Festival and was nominated for a Golden Globe.

In 2007, he did ‘Smokin’ Aces’, which was moderately acclaimed by the critics but was a commercial failure. In the same year, he directed his first movie ‘Gone Baby Gone’. It was an adaptation of a book written by Dennis Lehane, Affleck did screenwriting for the movie as well. ‘Gone Baby Gone’ was not a huge success but Affleck’s directorial skills were appreciated.

In 2010, Affleck’s second directorial venture ‘The Town’ was released. He co-wrote the script of the movie, which was based on the novel ‘Price of Thieves’. The movie received moderate reviews from the critics.

In 2012, he directed another movie called ‘Argo’ starring George Clooney in the lead role. He won a Golden Globe, Directors Guild of America awards, BAFTA award for his direction in the movie.

In 2013, he hosted the sketch comedy show ‘Saturday Night Live’.

In 2014, Ben Affleck starred in the David Fincher’s psychological thriller ‘Gone Girl’. In the movie, he portrayed the character of a husband, who is accused of murder.

In 2016, he starred as Batman in superhero film ‘Batman v Superman: Dawn of Justice’. In 2017, he reprised his role as Batman in ‘Justice League’.

Ben Affleck had an on and off relationship with Gwyneth Paltrow for a year. They broke up finally in 1999, and remained good friends. In 2000, Affleck acted with Paltrow in ‘Shakespeare in Love’ and the director of the movie maintained that they both have great respect for each other.

In 2001, Affleck checked himself into a rehab for his drinking problem. He took help from his friend and actor Charlie Sheen to make a decision to spend some time in a rehab to recover from alcoholism.

In 2002, while doing ‘Gigli’ with actress/singer Jennifer Lopez, they came close to each other and Affleck started making public statements about how much he admires her and showed up at the opening of her Pasadena restaurant. After dating for two years the couple decided to get married. However, they called off their engagement in January 2004.

In 2004, Affleck started dating his ‘Daredevil’ co-star Jennifer Garner and he made public statements saying that he wants to start a family and get settled.

In 2005, Ben Affleck married actress Jennifer Garner. They both have three children together.

In 2015, Ben Affleck and Jennifer Garner announced their decision to separate and in April 2017, they filed for divorce.

In October 2017, MTV correspondent Hilarie Burton accused Ben Affleck of groping her during a TRL appearance in 2001. She accused him of touching her breast while he gave her a hug. Ben Affleck publicly applogized for his inappropriate behaviour. 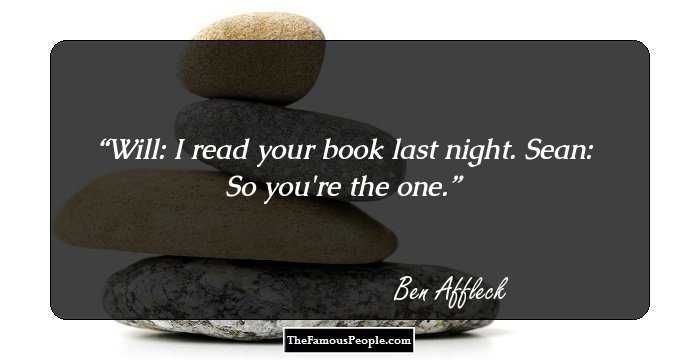 Affleck and Matt Damon did a reality series on HBO called ‘Project Greenlight’ to help the talented screenwriters to realize their dreams.

Affleck worked towards raising money and awareness to fight against a rare disease called ataxia-telangiectasia, a genetic disease that causes neurological deterioration. He lobbied with Congress to raise money for additional research on the disease.