Barcelona last match of the year ended a draw 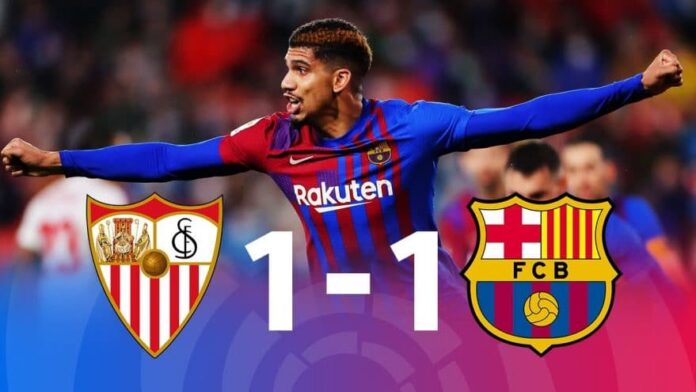 The Catalans end the year with one of the toughest matches possible as they visit the Estadio Sanchez Pizjuan to face a high-flying Sevilla.

Barcelona and Sevilla shared the points in LaLiga on Tuesday in a result that did neither team’s aspirations any favors.

The home side took the lead when Papu Gómez peeled away from his marker to slot home a low-driven corner by Ivan Rakitic.

It was another corner that had Barcelona back in the game. Ronald Araújo climbed highest to bury his header past Bono in the Sevilla goal right on half-time.

Both goals came from corners in an entertaining first half as the rain poured down at the Ramon Sanchez-Pizjuan Stadium.

“We’ve dropped two points,” Xavi said in his post-game news conference. “We deserved to win, even when it was 11 against 11, but I’ve seen a Barcelona with character and that’s what I want. The team is growing.

“So, overall, it’s a bittersweet feeling. I will struggle to sleep [because] we had to win, especially against 10. We must be calmer when we have the extra man, but I am proud of the team despite the result, which was the worst part of the game.”