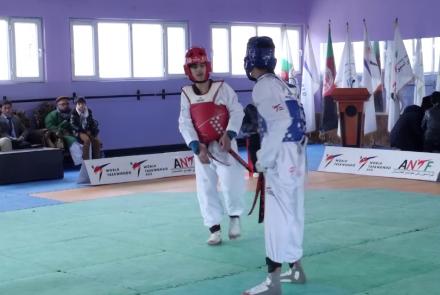 The athletes said that they don’t have sufficient resources to perform their exercise.

Afghan athletes called on the Afghanistan National Olympic Committee to provide them with financial support, citing their severe economic condition.

The athletes said that they don’t have sufficient resources to perform their exercise.

“Our economic conditions have deteriorated. We can’t exercise. We call on the Olympic to help us,” said Farhad Haidari, a cyclist.

Coaches and trainers also expressed concerns over the economic status of the athletes.

“The players and athletes should be helped in today’s situation. The aid should be provided immediately to them,” said Mohammad Basheer, a Taekwondo coach.

“We assure you that the aid provided by the International Olympic Committee will be distributed to the players and athletes. We are trying to get rid of the obstacles in the paths of our players,” said Bawar Hotak, deputy head of the Afghanistan Olympic.

Earlier, Thomas Bach, the IOC president, announced $560,000 of aid as part of the humanitarian assistance to the Afghan sport community.