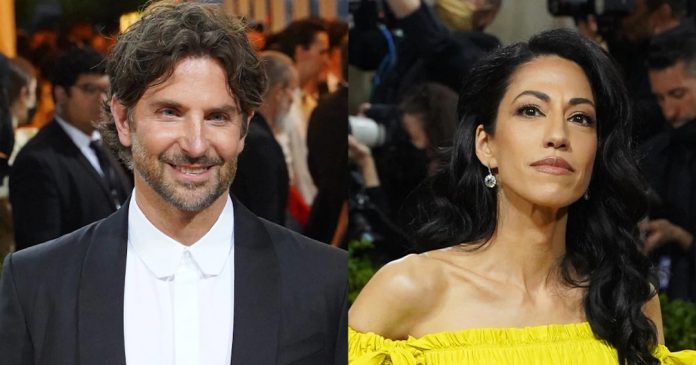 Well, I certainly didn’t see this one coming. According to a new report from “Page Six,” Bradley Cooper and Huma Abedin are dating. And what’s even weirder: They were reportedly set up by Anna Wintour. Excuse me, but what?

The Vogue editor is reportedly “BFFs” with Cooper and close with Abedin, a source told “Page Six,” and acted as a “matchmaker.” The report cited a separate source confirming the romance, saying, “Bradley has been quietly dating Huma for a few months now, [and] they’ve been keeping it really quiet.” As for Abedin, she has reportedly “told a few friends” about a “new man” without revealing his identity. “They are perfect for each other,” said a source. “They’re both into power and politics and human affairs.” They’re also both single parents. Cooper shares a 5-year-old daughter with his ex Irina Shayk, while Abedin has a 10-year-old with her ex Anthony Weiner.

As for how Wintour fits into all of this, well, it’s a bit unclear, but “Page Six” reported that Cooper and Abedin apparently arrived at the Met Gala, a.k.a. Wintour’s signature event, together before walking the red carpet separately.

The timeline is also a bit murky. “Page Six” reported that they had been seeing each other for “a few months,” but two months ago, in mid-May, Cooper was reportedly dating Dianna Agron. This would suggest that Cooper and Agron were dating at the time of the Met Gala, which he supposedly attended with Abedin. Hmm!

Representatives for Abedin and Cooper have not commented on the story. Maybe matchmaker extraordinaire Anna Wintour can let us know what’s really going on here.

Share
Facebook
Twitter
Pinterest
WhatsApp
Linkedin
Telegram
LINE
Viber
Previous articleHow Women at CMU Are Excelling in Artificial Intelligence?
Next articleNicki Minaj tried to meet her fans in London — until too many of them mobbed her car