All the Biggest Games Announced at Nacon Connect 2022 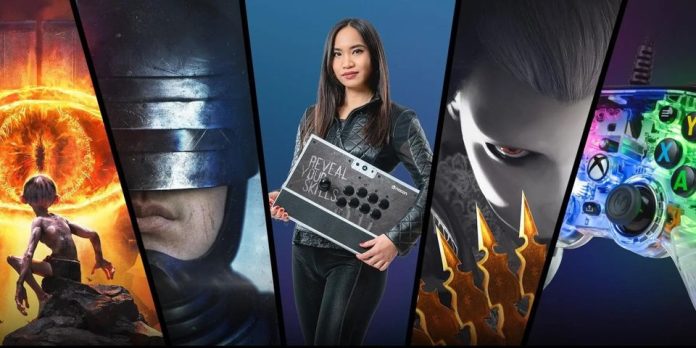 During 2022’s Nacon Connect, a host of upcoming games were shown, giving gamers plenty of reasons to get excited for 2023 and the rest of 2022.

Nacon is a French video game company that produces video game peripherals and publishes video games. Since it was founded in 1981 under the name BigBen Interactive, several noteworthy video game franchises have fallen under its umbrella, including Warhammer and the motorsport series WRC. As of 2022, Nacon’s tendrils stretch globally, and it owns several studios such as Big Ant Studios, Cyanide, Ishtar Games, as well as Daedelic Entertainment and Midgar Studio which were acquired this year.

On July 8, Nacon held its annual Nacon Connect event where it showcased several exciting upcoming games. This year’s Nacon Connect did not disappoint, and gamers can look forward to several releases from the company both this year and in 2023. Numerous franchises made an appearance and plenty of new games were announced, illustrating that Nacon has a busy schedule ahead. Additionally, the company also showcased its hardware and peripherals designed to make gaming more engaging.

Not all the games shown off at 2022’s Nacon Connect were the continuation of a series, and several games were the start of a hopefully successful franchise. One of the most impressive games to make an appearance was a new Terminator survival game by Nacon Studio Milan. The game is based on the films, and it will be set after the events of Terminator 2: Judgment Day. There have been Terminator games prior, including 2019’s Terminator: Resistance which is a first-person shooter, but the upcoming Terminator game will set itself apart from its predecessors through its open-world survival elements. Though details are still scarce, the trailer suggests it will be a terrifying experience.

Terminator will likely satisfy science fiction fans, but for fantasy fans, there is Daedelic Entertainment’s The Lord of the Rings: Gollum. The game was first announced in 2019, and it was slated for a 2021 release. However, after delays, gamers can now expect to play it on September 1st, 2022. The trailer at Nacon Connect revealed that it will be an epic adventure featuring Gollum, who must keep in the shadows and employ stealth as he searches for his precious Ring.

Session: Skate Sim, a game in development for a long time, was also shown. It may be the perfect time for the game to make its presence known, especially when franchises such as Tony Hawk’s Pro Skater and Skate have been finding popularity. Players will get to pull off amazing skating tricks in urban settings and, best of all, early beta testing is already open. The game launches on PC, PS4, PS5, Xbox One, and Xbox Series X/S on September 22nd.

Successful Nacon franchises will also be getting new games soon, which is good news for gamers, especially those who are fans of racing games. WRC will be making a return in 2022 with WRC Generations, which is launching on 13 October. The trailer showed off the game’s hybrid cars that do away with fossil fuels in favor of electric energy. This brings new elements to gameplay, as players will be able to get an electric boost off the starting line, and they will also have to balance power with duration.

The fantasy sports series Blood Bowl is also receiving a new entry in 2023 with Cyanide Studio’s Blood Bowl 3. It closely resembles American football, but with violent brutes and ugly monsters on the fields, things are bound to get crazy. The game will feature several fantasy races for players to choose from, including orcs, dwarves, and Skaven. Blood Bowl 3 launches in 2022 on Nintendo Switch, PC, PS4, PS5, Xbox One, and Xbox Series X/S.

All the Remaining Games Showcased at Nacon Connect 2022

With the event lasting roughly an hour, there was plenty of gaming content shown, with a bit of something to please all types of gamers. All the other games showcased that weren’t already mentioned above, along with their release dates and their platforms, are as follows:

Gamers can also look forward to new hardware from Nacon, including the Nacon Daija Arcade Stick for PS5 and the Nacon Pro Compact ColorLight controller, which are both expected to release in 2022. Nacon will also be extending its line of headphones in 2022 with the Rig Pro Series 300, 500, and 800. Whether gamers are looking for new games or new gaming peripherals, Nacon has plenty lined up for both 2022 and the following year. Beloved franchises such as Test Drive Unlimited will be getting new titles while games like Session: Skate Sim may be the start of something beautiful and enduring.