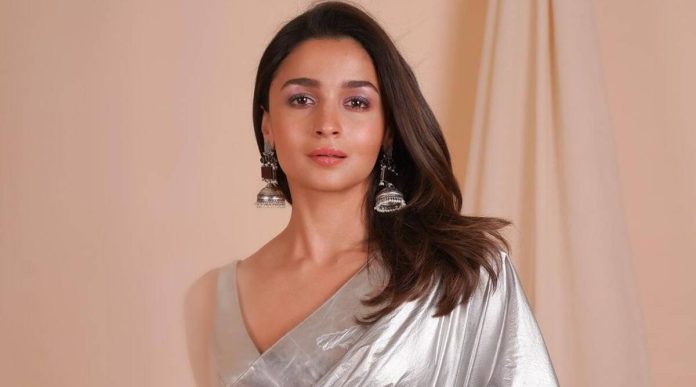 Alia Bhatt is an Indian actress who works in Hindi films. Born in Mumbai, she is the daughter of well-known Indian filmmaker Mahesh Bhatt and his British-born wife Soni Razdan. Exposed to the show business at a young age, she appeared as a child artist in the movie ‘Sangharsh.’ A few years later, she played one of the main roles in the film ‘Student of the Year’. Directed by Karan Johar, the film was a commercial success, and became one of the highest grossing films of the year. Her performance was praised and she earned a Filmfare Award nomination in the ‘Best Female Debut’ category. She next appeared in the road drama ‘Highway’ where she played the role of a rich girl kidnapped by goons. Her most recent works include the romantic comedy film ‘Badrinath ki Dulhania’ and the espionage thriller ‘Raazi.’ She had a cameo appearance in the film ‘Welcome to New York’. In  2022, she starred in ‘Gangubai Kathiawadi,’ for which she earned critical acclaim. Also a singer, Bhatt has sung a few songs in her films. In addition to her acting and singing career, she launched her own fashion label for the online retailer Jabong.com. With over 63.3 million followers, Alia Bhatt is quite popular on the photo sharing app Instagram.

Alia Bhatt was born on March 15, 1993, in Mumbai, India. Her father is Mahesh Bhatt, one of the most famous filmmakers in Bollywood, and her mother, Soni Razdan, is an actress.

Alia Bhatt studied at the Jamnabai Narsee School in Mumbai. At the age of six, she made her first film appearance in the psychological thriller ‘Sangharsh’ as a child artist.

Alia Bhatt began her professional career as a leading lady with one of the main roles in the 2012 romantic comedy drama film ‘Student of the Year’. Directed by Karan Johar, the film was a huge success commercially and was met with mixed reviews. Other actors in the film were Siddharth Malhotra, Varun Dhawan, Ronit Roy and Rishi Kapoor. Bhatt’s performance earned her a Filmfare nomination for ‘Best Female Debut’.

In 2014, she was seen in the highway drama film ‘Highway’. Directed by Imtiaz Ali, the film did well commercially. She starred alongside Randeep Hooda playing the role of a rich girl who gets kidnapped and eventually starts developing feelings for her kidnapper. Her performance was appreciated and won her the Filmfare Critics Award for Best Actress. She also earned a Filmfare nomination in the Best Actress category.

She appeared in the film ‘Two States’ which was based on the best-selling novel of the same name by Chetan Bhagat. Directed by Abhishek Varman, the film was a huge commercial success. She was next seen in the romantic comedy film ‘Humpty Sharma ki Dulhania’ which was directed by Shashank Khaitan. The film performed well financially, earning three times its budget. She then appeared in the thriller film ‘Ugly’.

In 2015, she starred alongside Shahid Kapoor in the romantic comedy film ‘Shandaar’. The film was met with mostly negative reviews. It was also a commercial failure and became the first flop of her career.

In 2016, she appeared in the film ‘Udta Punjab’ in a main role. It won her the Filmfare Award for Best Actress. The film dealt with the problem of drug abuse in the Indian state of Punjab. It was a commercial success though it kindled a lot of controversy. She also appeared in the film ‘Kapoor & Sons’. It revolved around the stories of two brothers who return to their dysfunctional family after their grandfather suffers a cardiac arrest. The film was a huge financial success.

Bhatt appeared alongside popular Indian actor Shahrukh Khan in the drama film ‘Dear Zindagi’ (2016). The film was a commercial success and her performance was appreciated. She also earned a nomination for the Filmfare Award for Best Actress. She played the female lead in the 2017 romantic comedy film ‘Badrinath ki Dulhania’ which became one of the biggest commercial successes of the year.

In early 2018, she had a cameo role in the film ‘Welcome to New York’. The same year, she was seen in the thriller film ‘Raazi’. Set during the Indo-Pak war of 1971, the film was about an Indian spy married to a Pakistani military officer.

In 2019, she starred in ‘Gully Boy,’ where she portrayed the role of the volatile girlfriend of an aspiring rapper. She won critical acclaim for the same. In 2022, she starred in ‘Gangubai Kathiawadi,’ for which she earned praise.

Alia Bhatt received praise and recognition for her role in the road drama ‘Highway’ which was released in 2014. Directed by Imtiaz Ali, the film was first screened at the 2014 Berlin International Film Festival. The film did well commercially, earning Rs. 470 million on a Rs. 250 million budget. It received mostly positive reviews and also won several awards. Bhatt’s performance won her a Filmfare Critics Award for Best Actress as well as a Filmfare nomination for Best Actress.

She gained appreciation for her role in the black comedy crime film ‘Udta Punjab’. Directed by Abhishek Chaubey, the film also starred other actors, such as Shahid Kapoor, Kareena Kapoor, Diljit Dosanjh and Suhail Nayyar. The film was a commercial success, earning Rs. 1 billion on a Rs. 400 million budget. It was about the rampant drug abuse in Punjab, and the conspiracies surrounding it. The film was praised by critics in India though it was banned in Pakistan for “use of abusive language.”

She appeared in the spy thriller film ‘Raazi’ in 2018. Her role of Sehmat, an Indian spy married to a Pakistani military officer, was much appreciated. The film became a critical as well as a commercial hit.

Alia Bhatt has been in a relationship with actor Ranbir Kapoor. On April 14, 2022, the couple got married in a traditional ceremony in Mumbai.

She previously dated Sabuj Vhai. She was often linked to her co-stars and was rumored to have dated actors Varun Dhawan and Sidharth Malhotra at different points of time.

Bhatt, who follows a vegetarian diet, was crowned PETA’S hottest vegetarian of 2017.

She has started an ecological initiative named ‘CoExist’ to spread awareness about the issues faced by street animals.