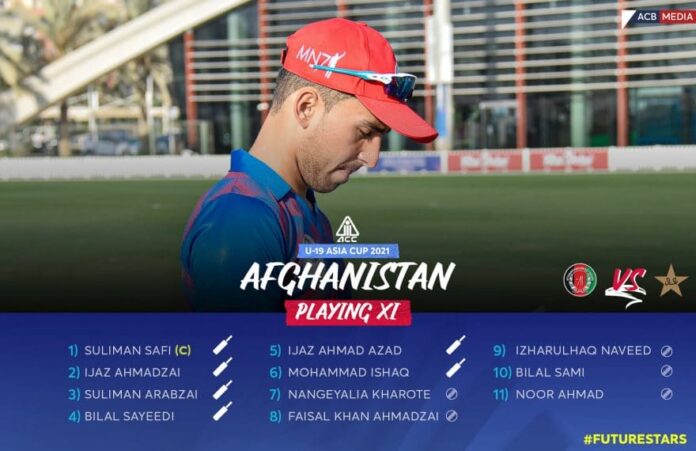 Afghanistan National U19 Cricket team plays Pakistan today in the 9th edition of the ACC Under 19 Asia Cup, which will take place in the United Arab Emirates.

The tournament will feature 8 Asian teams in 2 different groups to compete in 15 matches from 23rd till 31st December 2021.

Afghanistan National U19s are placed alongside the neighbors Pakistan, India & the UAE in Group A of the 8-team tournament.

Afghanistan has won the toss and is batting first.