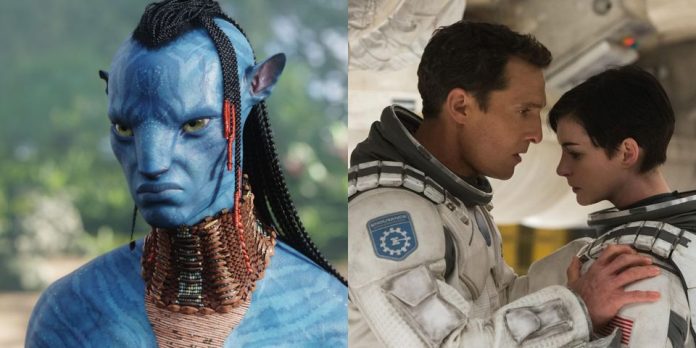 While there are a ton of great science fiction movies out there, some of the most beloved also happen to be among the most overrated flicks around.

When it comes to the science fiction genre, it seems as if there were more and more movies coming out all the time. Over the last 40 years, some of the best sci-fi flicks ever made have been released to the world, including films that make of the Terminator and Aliens franchises, not to mention the iconic Star Wars. There are plenty of sci-fi movies that have released over the years that simply don’t get their due. There have been so many in the genre that people forget they’re out there just a little bit after they get released.

On the other hand, not every movie in the genre is a winner. While some science fiction films are indeed underrated, there are definitely some that have gotten more credit than they deserve. This might be because of the director, the actors, or because it’s part of a beloved franchise. There are some films that simply don’t deserve the love that they’ve gotten, especially as time passes since these films were new. A few years removed, people have had time to think about whether they really loved these films, or just loved the idea of them.

While there is quite a bit of excitement about Avatar 2, the argument can certainly be made that the original Avatar was not really a good movie at all. In fact, there are some who believe that if James Cameron hadn’t been the director, it wouldn’t have gotten made at all thanks to its weak plot. That’s probably not actually true, considering that the film used some special effects that had never been seen before on the big screen, but most will admit that the plot did leave quite a bit to be desired.

That plot saw soldiers from Earth travel to a planet dubbed Pandora in order to mine a material called unobtanium. One of the soldiers, a wheelchair-bound veteran, was able to transfer his consciousness to a kind of clone of the alien race native to Pandora. The soldier eventually falls in love with one member of the species and leads a rebellion against the army. With the plot’s derivative themes and with audiences about to see more of it, there are definitely some out there who think Avatar 2 is a bad idea.

It’s hard to imagine that a science fiction film starring Brad Pitt and Tommy Lee Jones could ever be considered bad or overrated, but that’s exactly what happened when it came to Ad Astra. Part of the reason is that the advertising campaign involving Pitt and the Men in Black star might have been misleading. From the trailers, it looked like this was going to be an action-packed film that pitted the two against each other in a sort of Speed-style face-off.

Instead, the film was about Pitt’s character finding out that his father, played by Jones, had seemingly gone mad. It was all a little more contemplative than the trailers and whatnot suggested. It’s not that the movie was particularly bad — it simply wasn’t all that interesting, and it certainly didn’t deliver on the promise that these two superstars should have been able to offer up.

Back to the Future 2

Back to the Future is one of the most beloved and best science fiction films in recent history. So when a sequel was announced, people were rightfully excited. When it came out, plenty of viewers gave it the benefit of the doubt and loved the fact that this time around, Marty McFly and Doc Brown went into the future. The movie was not particularly bad, but because it was in the future, the movie didn’t pose the same level of danger to Marty, and some of the tension of the first film was missing.

It’s hard to argue that any movie could be as good or innovative as the original Back to the Future, and this film simply wasn’t as good as the film that proceeded it. Of course, there’s an argument to be made that it was quite a bit better than Back to the Future 3, so it had that going for it. It’s possible that third movie was one of the reasons that Back to the Future 4 never happened, and now never will.

While this Natalie Portman film was visually impressive, and was certainly creepy when the stars of the movie ran into mutated animals, there simply wasn’t enough payoff. Annihilation centered around some sort of alien invader, but when Portman finally came across the creature, it was basically just a weird, faceless, vaguely humanoid shape.

The problem is that when the movie showed a mutated alligator and a weird bear, it seemed as if whatever came after that was going to be quite impressive. While Annihilation was set up as a sci-fi horror, it ends up being a kind of think piece on the human condition. In the end, the film is a bit disappointing with its payoff, and it’s definitely overrated.

Interstellar is a weird contradiction precisely because it’s a very good movie and also highly overrated. There’s something to be said for a film that centers around a group of people that are trying to solve the human race. There were plenty of different planets that the adventurers went to that were really cool. The movie also had quite the star-studded cast.

And then there was the crescendo of the movie, where Matthew McConaughey’s character started traveling through different dimensions. The part where he starts bawling was especially silly. There were other parts of the film as well that sort of ruined what could have been an all-time great. Instead, Interstellar ended up a bit of an overrated science fiction film.