10 Places You Must Visit In Paris! 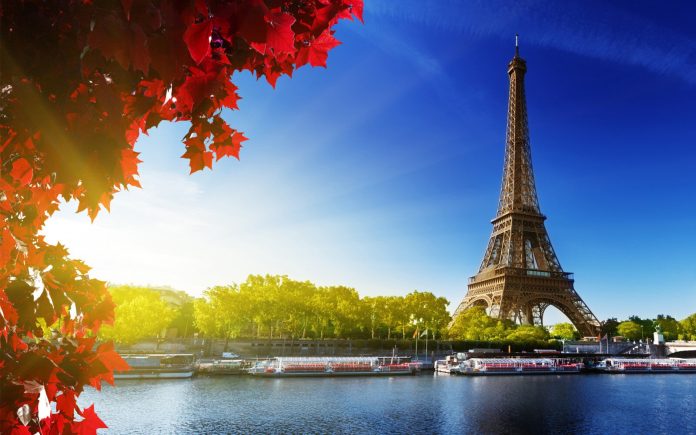 Here are ten places in Paris that we would highly recommend to you if we had to pick just ten. Go ahead and fall in love!

What would Paris be like if it didn’t have its iconic Eiffel Tower? It was built by Gustave Eiffel to commemorate the French Revolution’s centennial and was unveiled during the Exposition Universelle in Paris in 1889. With approximately 7 million tourists every year, it is one of the most visited monuments in the world, standing 330 meters high.

The Eiffel Tower 58, which extend two levels and stands 58 meters above ground, is located on the first floor. The view from the second level is the greatest at 115 meters, with a diving view of the earth below. Finally, on the 3rd level, at a height of 275 meters, you can view what Gustave Eiffel’s office looked like. It is possible to use the stairs and ascend the steps for the more daring (1,665 to the summit).

The climb to the top of the Eiffel Tower is a must-do if you want to get a spectacular perspective of Paris.

One of Paris’ most enduring symbols: Notre-Dame de Paris, also known as Notre Dame, is a Roman Catholic cathedral on the Ile de la Cité’s eastern part. It is widely regarded as one of France’s and Europe’s greatest examples of French Gothic architecture. With its entrances surrounded by his many sculptures and gargoyles that grace the ceiling, this cathedral, begun in 1163 and completed in 1345, is a marvel to behold.

We recommend taking a tour of the cathedral before entering and climbing the 387 steps to the summit of the towers. The journey to the top of the towers is strenuous, but it rewards you with a panoramic view of the region and close-up views of the iconic gargoyles.

The Louvre is the world’s most visited art museum. This ancient edifice, a former royal palace, is located in the heart of Paris and has a total area of 210,000 square meters, including 60,600 square meters for exhibitions. The museum is housed in the Louvre, which was once a fortress built by Philip II in the late 12th century. The remnants of the stronghold may be seen in the museum’s basement.

The collection is divided into eight departments:

Napoleon commissioned Jean Chalgrin to construct a triumphal arch dedicated to the glories of imperial soldiers, under the spell of ancient Roman architecture. It is the world’s largest monument of its sort, having been built in the nineteenth century. Its pillars are adorned with stunning sculptures. The names of 558 generals, as well as major triumphs, are inscribed on the arc’s summit. The Tomb of the Unknown Soldier of France is located beneath the Arc de Triomphe.

The panoramic terrace above the door offers a beautiful view of Paris. 50 meters high, 45 meters wide and 22 meters deep, the Arc de Triomphe is located on the Place de l’Etoile which leads to the Champs Elysees which is nicknamed “the most beautiful avenue in the world.” It stands on 1.9 km between Place de la Concorde and the Arc de Triomphe. There are many luxury boutiques (Louis Vuitton, Cartier, Guerlain, Montblanc …), places of ehntertainment (Lido, cinemas), famous cafes and restaurants (Fouquet’s).

5. Cruise on the Seine

Find the best way to visit the “City of Light” enjoying a cruise on the Seine, especially at night. When the sun sets, the monuments are lit slowly. You get a panoramic view to the forefront so you can enjoy the beauty of Paris: Eiffel Tower, Notre Dame, Pont Alexandre III and many more.

You can also enjoy a dinner cruise on the Seine aboard a boat. For about two hours, you are welcomed.

Montmartre is a hill located in the north of Paris, 130 meters high, having its name to the surrounding neighborhood. It is best known for the white-domed Basilica of the Sacred Heart, at the top. It was completed in 1919 and honors the French victims of the Franco-Prussian war of 1870.

If you’re in the area, do visit the Square of Tertre, few blocks from the Basilica. There are many artists setting up their easels to paint tourists or exhibit their work. Place du Tertre is a reminder of the time when Montmartre was the hub of modern art in the early 20th century; many artists such as Amedeo Modigliani, Claude Monet, Pablo Picasso and Vincent van Gogh worked there. The Espace Salvador Dalí, a museum dedicated primarily to sculpture and drawings of the Spanish painter, can be found a few steps from the Square of Tertre.

The famous cabaret Moulin Rouge is located in Montmartre.

The Château de Versailles is the most famous castle in France. Built in the 17th century as a symbol of military power of France and as a demonstration of French supremacy in Europe, Versailles was the seat of political power in the Kingdom of France from 1682 to 1789. This huge complex of buildings, gardens and terraces is definitely a must for any visitor who will be captivated by exceptional accommodations, lavish decorations, furniture and gilded works of Renaissance art.

Visit Versailles: you will start by the State Apartments and the famous Hall of Mirrors, the Queen’s chamber. Do not forget to stroll through the famous “French” gardens.

The Latin Quarter of Paris is located on the left bank of the Seine, around the Sorbonne. Known for its student life, lively atmosphere and bistros, the Latin Quarter is the home to many higher education institutions, such as the Ecole Normale Superieure, the Ecole des Mines de Paris or the Ecole Polytechnique. The area takes its name from the Latin language, which was once widespread in and around the University since Latin was the international language of learning in the Middle Ages.

The Luxembourg park is a private garden open to the public created in 1612 at the request of Marie de Medicis to accompany the Luxembourg Palace. The Parisians affectionately call it the “Luco”. The garden surrounds the Palais du Luxembourg, where the Senate seats. Redesigned by André Le Nôtre, it is very pleasant to walk around; you will also find an orchard, several varieties of apples, an apiary and a greenhouse with orchid collection. There are 106 statues, a bronze reduction of the Statue of Liberty and 3 beautiful fountains.

The Moulin Rouge is a cabaret known as the spiritual birthplace of the famous French Cancan. Located at the foot of Montmartre hill in the heart of Pigalle, it was built in 1889 by Joseph Oller and Charles Zidler. Initially introduced as a courtship dance, the cancan made possible the birth of the cabaret, now present in many countries around the world. Today, the Moulin Rouge is a tourist attraction, providing entertainment for visitors from around the world.

Its style and its name have been imitated and borrowed from other nightclubs around the world, Las Vegas, for example. In addition, many films have helped the reputation of the cabaret, such as Baz Luhrmann’s movie in 2001, starring Nicole Kidman and Ewan McGregor.

Fans of Mickey can visit Disneyland Paris which is located 32 km from central Paris, with a connection to the suburban RER A.